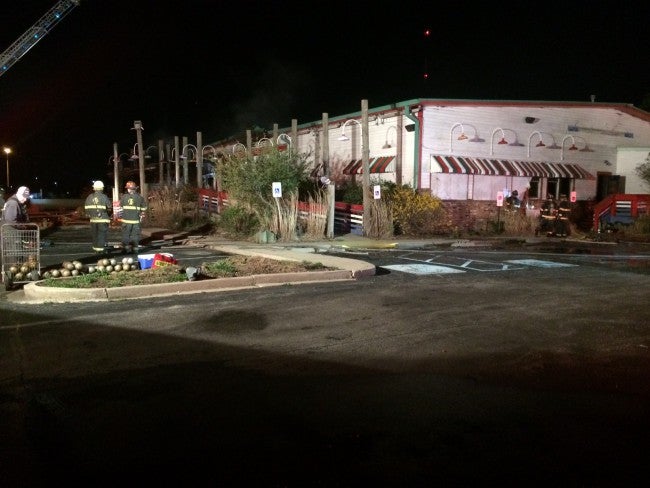 INDIANAPOLIS (WISH) – Firefighters were called to the east side of Indianapolis early Wednesday morning to battle at fire at a former restaurant.

It started in the 2300 block of Post Drive, which is near East 21st Street and North Post Road, at an old, vacant Joe’s Crab Shack. Firefighters say the first call came in around 4 a.m.

The building is highly visible from Interstate 70 near the Post Road exit and was engulfed with flames when crews arrived. INDOT cameras captured smoke coming from the building.

Using three aerial ladders and asking Citizens to boost the water supply, firefighters were able to get it under control.

Those who live in the area have told firefighters there has been a trespassing problem with the building, so firefighters wanted to get inside to make sure no one was inside during the fire.

It’s been vacant for about five years and all utilities were cut off.

One firefighter was slightly hurt battling the fire. The building suffered $750,000 in damages.