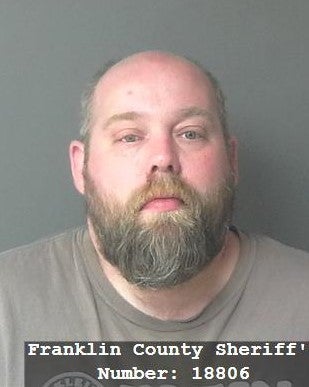 On Jan. 24, the Laurel Town Marshal Brad Spurlock contacted the Indiana State Police after another Laurel reserve police officer, Joey Ailes, received a stolen handgun as a gift from Ellis in December, according to state police and court documents. The investigation found that Ellis seized four handguns, including the one given as a gift, while executing a search warrant Nov. 15 against Wilbur Branum, but Ellis had never submitted the gun into the department’s evidence storage. Ellis allegedly kept the gun in his possession until he gave the gun to the other officer as a gift.

The investigation also found that Ellis had obtained $2,500 from the town government in November to conduct drug investigations, but the money was never used for its intended purpose and Ellis could not account for it.

The investigation led the Franklin County Prosecutor’s Office to issue the warrant on two charges of theft and a count of official misconduct, all felonies. The misconduct charge was made because the thefts occurred while Ellis was employed as a Laurel Police Department reserve officer.

No initial hearing had yet been scheduled for Ellis, according to online records for Franklin Circuit Court in Brookville. According to state police and court documents, Ellis was placed in the Franklin County Jail with a $5,000 bail set.

Laurel is a town of 500 people about 40 miles southeast of Indianapolis.