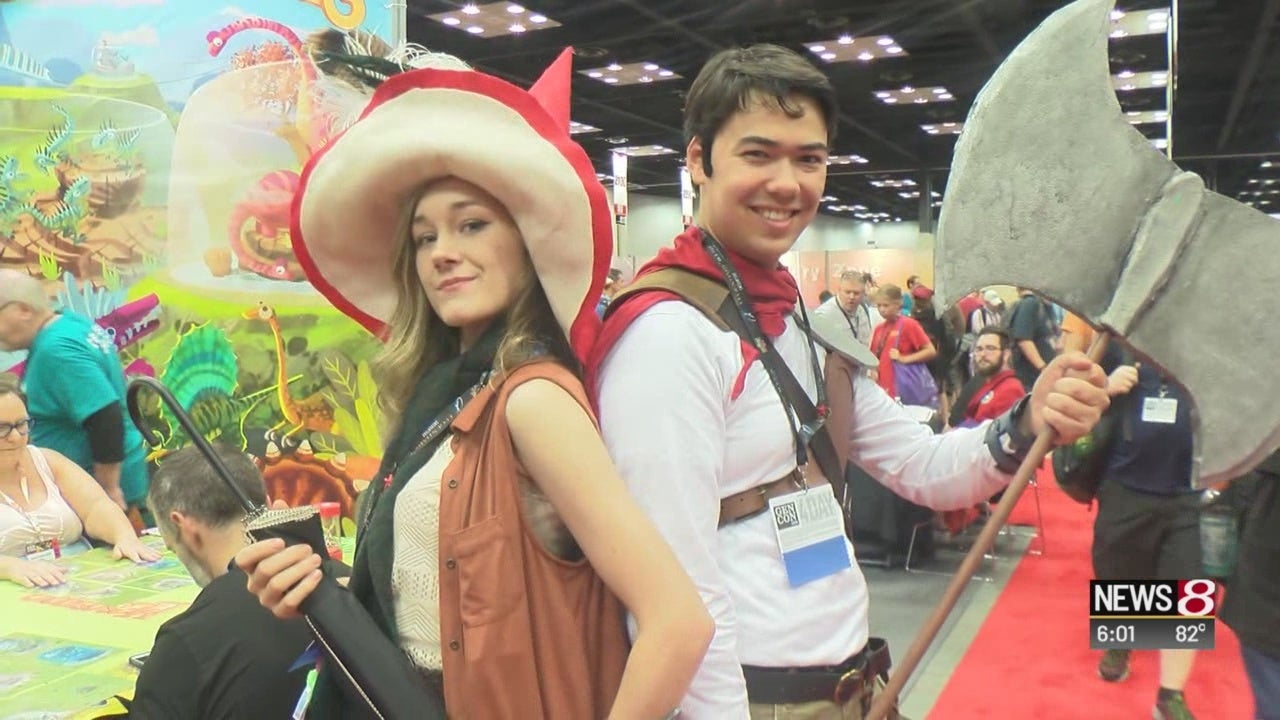 INDIANAPOLIS (WISH) — It will take more than Pikachu powers to keep thousands of gamers safe at Gen Con, the country’s largest gaming convention, but organizers say they have it covered.

The convention, which kicked off Thursday, sold more than 200,000 tickets last year.

Reality takes a backseat as gamers shuffle through the Indiana Convention Center in costumes of their favorite characters. And gamer Alexis Reynolds knows if your costume is too real, you could be breaking the rules.

“You don’t want anything too aggressive-looking. We try to make sure the blades don’t look super authentic,” Reynolds said.

There aren’t many regulations, but weapons or items that appear to be weapons are not allowed.

As for “fantasy weapons,” Gen Con’s website says those must be handled carefully.

“My friend has a big hammer, and it’s made out of foam. I don’t know how much damage that would do,” gamer Robert Jordan said.

The convention center is lined with yellow shirts from a security firm. Gen Con said their security team may include off-duty police in addition to security guards and Gen Con staff, and is ready to inspect props or costumes if needed.

You’ll find IMPD cars outside the venue. Realistic police costumes are also against the rules.

“These conventions have been going on with 100,000 people a year for years now, and I don’t really see or hear of anybody getting harmed,” Jordan said.

IMPD said they will add manpower with special events teams patrolling the area at night. Downtown bars will be staffed with off-duty police as usual.

The Indiana Department of Homeland Security said they’re also helping out through the weekend.

With Indiana State Fair kicking off, drivers will run into traffic congestion in the downtown area. Officers are also directing traffic.