Giant statue of bare-chested Jeff Goldblum pops up in London 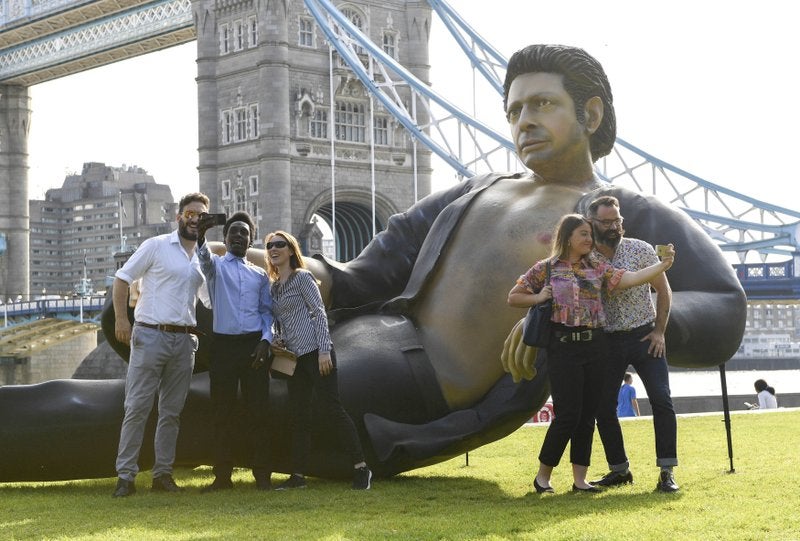 LONDON (AP) — Londoners and tourists alike have been bemused to find a giant statue of a bare-chested Jeff Goldblum next to the city’s iconic Tower Bridge.

The 25-foot (7.6-meter) statue, depicting the actor in the reclining pose he made famous in “Jurassic Park,” is meant to mark that film’s 25th anniversary.

Sky’s subscription service Now TV installed the temporary “Jurassic Jeff” statue on the south bank of the Thames Wednesday. The outlandish stunt prompted many selfies and social media posts — though some Twitter users called it “far-fetched,” pointing out that the movie wasn’t filmed in London and nor is Goldblum a London native.

Goldblum played the scientist Ian Malcolm in Steven Spielberg’s dinosaur thriller, and returned to the role this year for “Jurassic World: Fallen Kingdom.”