‘Glowing angel’ cloud formation appears in the sky in Texas 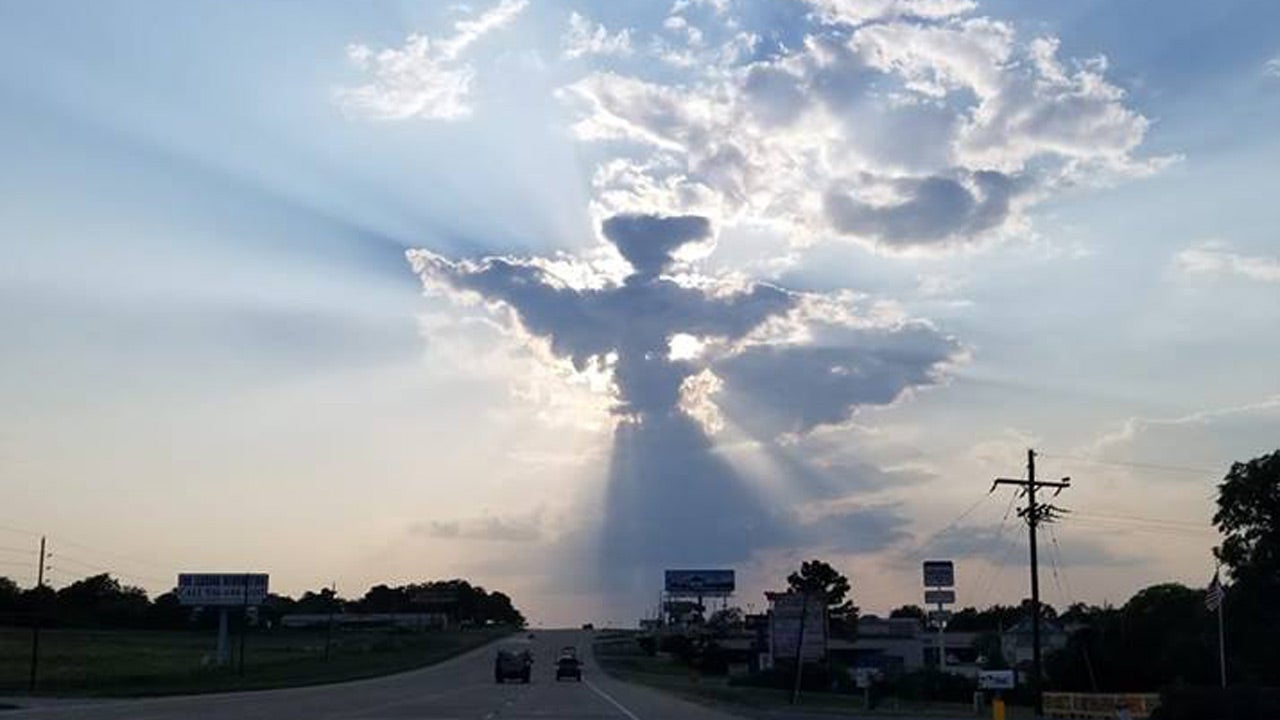 MONTGOMERY, Texas (WCMH) — A driver in Texas took a stunning photo of a cloud formation he says looks like an angel over the horizon.

Danny Ferraro shared the photo on Facebook, calling it the “Texas Angel.”

He snapped the photo while driving along Texas State Highway 105 in Montgomery, Texas, which is to the northeast of Houston.

The beams of light coming from the clouds are crepuscular rays, but they are commonly known as “angel rays.” Ferraro told KTRK-TV the sighting had a deeper meaning for him.

“I just felt like God was saying, ‘I’m always with you,'” Ferraro said. “I don’t know how many people saw it as there were many on the road, but I’m sure it meant something special to everyone who did.”

Ferraro added that the formation only lasted for a short time. He’s glad he was there to witness it and capture it on camera for others to see.