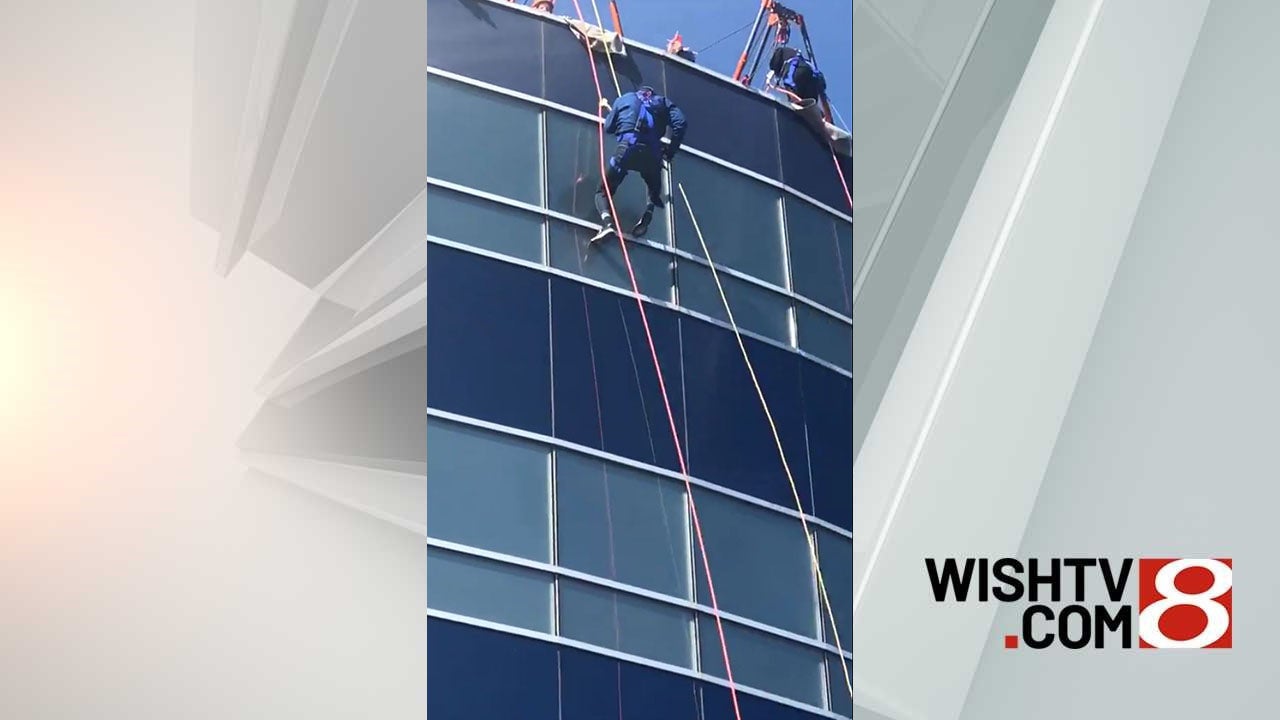 Gov. Eric Holcomb heard back, and the organization asked him to rappel down a building Saturday as part of a fundraiser called Over the Edge. He did just that at the Centier Bank Corporate Centre, just off I-65 near Southlake Mall in Merrillville.

Andrea Sherwin, president and CEO of the mental health group, said in a news release before the event, “I’m not sure the Governor expected his invitation to result in being asked to go five stories Over The Edge, but we are thrilled to announce that he has accepted the challenge with excitement and enthusiasm.”

The mental health group has served northwest Indiana since 1957. Saturday’s event was designed to raise awareness of critical health and wellness challenges facing northern Indiana families and children. The event raised more than $61,000 in donations for Lake Area United Way, The Food Bank, the Boys & Girls Club, Meals on Wheels, Mental Health America and Tradewinds Services Inc. , the Times of Northwest Indiana reported. The governor joined about 50 people who rappelled.