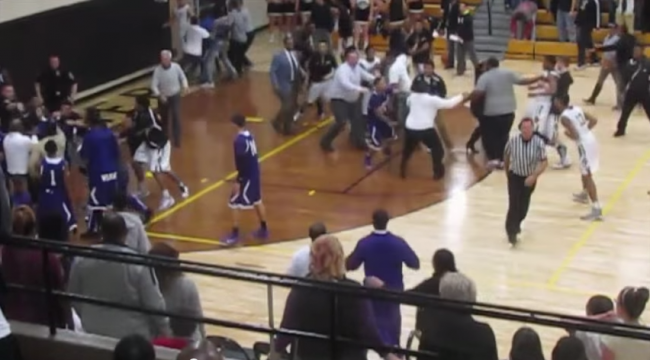 GRIFFITH, Ind. (AP) – One of two northwestern Indiana high schools whose remaining seasons were canceled following a brawl is appealing the sanctions levied by the Indiana High School Athletic Association.

Griffith Public Schools Superintendent Peter Mokiris issued a statement Friday saying the district is appealing the sanctions that followed a Feb. 7 brawl during a home game with Hammond High School.

The brief statement says the sanctions are “both unprecedented and overly severe” and that the IHSAA should review the circumstances surrounding the brawl.

The IHSAA on Tuesday canceled the remaining schedules of both schools, barred them from the state tournament and placed them on probation for the 2015-16 season amid other sanctions. Morikis on Tuesday said the district supported the IHSAA decision.

IHSAA spokesman Jason Wille says the agency has received the appeal request, but a hearing hasn’t been scheduled.