Hands-free driving, gun laws among Indiana bills to be considered 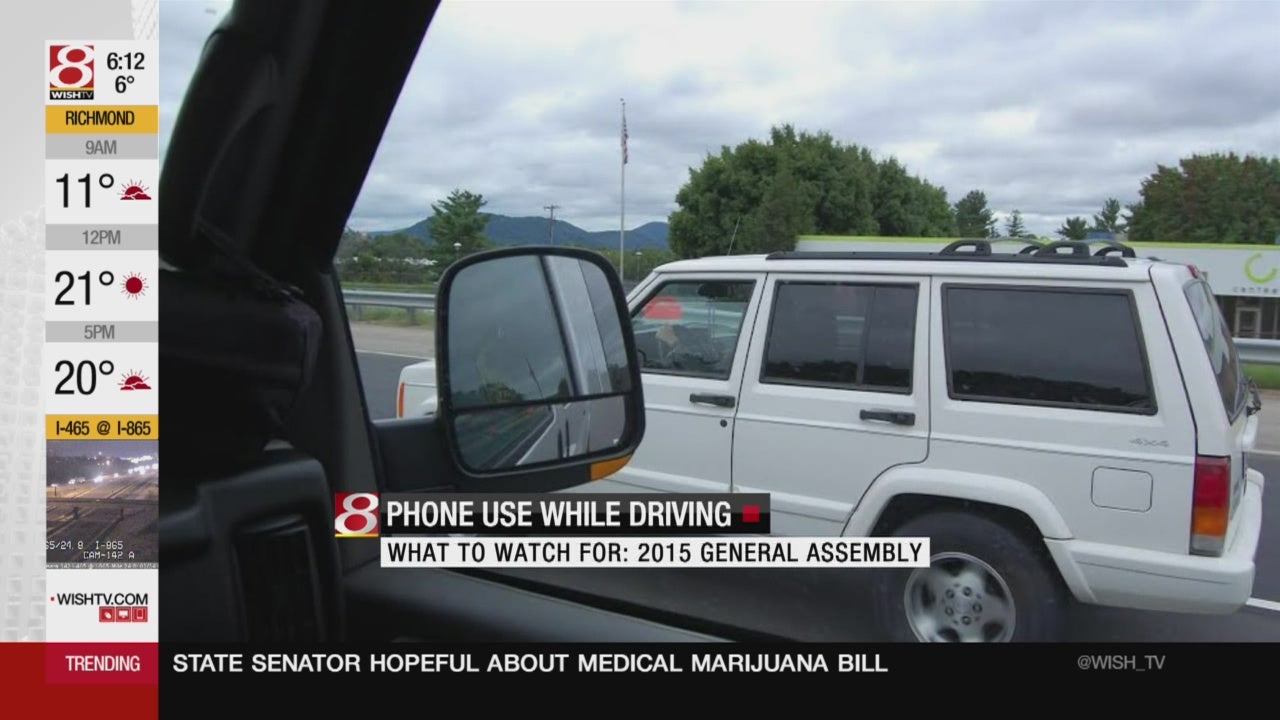 INDIANAPOLIS (WISH) – The General Assembly is expected to ramp up productivity following Tuesday night’s State of the State address.

The long budget session could include time and attention paid to several bills filed for consideration.

Hot topics in 2015 include legalizing medical marijuana, a push for Sunday alcohol sales and permitting caterers and florists to refuse to take part in same-sex weddings.

A crime that shook the Indianapolis community in 2014 has inspired a bill in the State Senate to toughen gun laws. It was filed a Senate Bill 279 but Sen. Jim Merritt, R-Indianapolis, refers to what he co-authored as the “Nathan Trapuzzano bill.”

Trapuzzano, 24, was gunned down on an April morning while out for a walk on 16th Street. A 16-year-old has been accused in the crime.

Part of the Trapuzzano legislation would require anyone 14 and older to be tried in an adult court if charged for using a gun.

Another idea making its way through the legislature could put a damper on drivers’ habits. Rep. Milo Smith, R-Columbus has written a bill that would require hands-free or voice-operated technology when making calls while driving a vehicle.

The only exception written into Smith’s bill is if drivers need to call 911 to report a “bona fide emergency.”

The Roads and Transportation committee will ultimately consider the bill, a hearing for which has not been scheduled.

The General Assembly is in session through April 29.