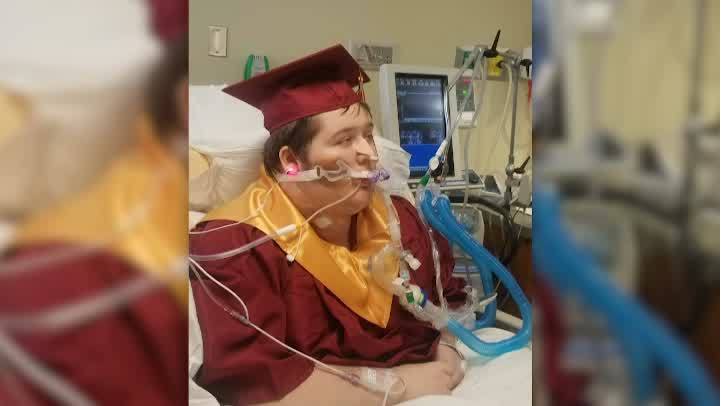 Dakota Johnson had been attending school from home since he was in the seventh grade. But for his senior year, he told his teacher he wanted to be part of the graduation ceremony.

Just before graduation Dakota was admitted to the hospital with heart failure. So his school brought graduation to him.

Johnson donned a cap and gown in his hospital bed and posed for pictures with family and friends.

His grandmother said she believed it was the happiest day of his life.

CNN Newscource contributed to this report.