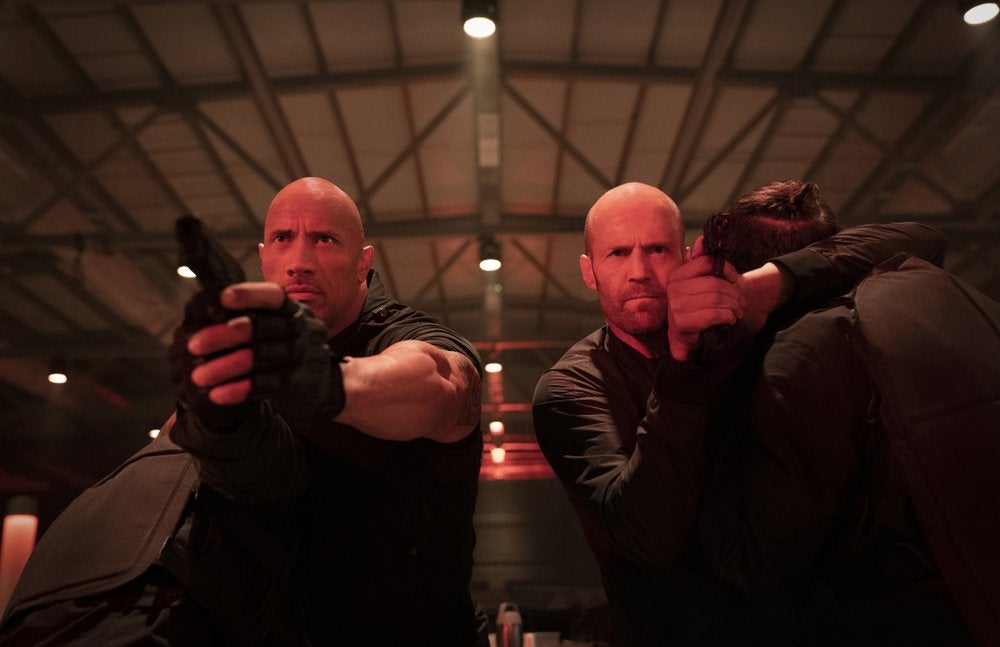 NEW YORK (AP) — The first spinoff of the 18-year-old “Fast & Furious” franchise, “Hobbs & Shaw,” sped away with $180.8 million in its worldwide debut, including $60.8 million domestically — a strong opening that dethroned “The Lion King” after a two-week reign at No. 1 but couldn’t match the box-office pace of recent “Fast & Furious” films.

“Fast & Furious Presents: Hobbs & Shaw” was crafted as a buddy-movie left turn for the car-mad franchise. It teams two franchise regulars, Dwayne Johnson’s federal agent Luke Hobbs and mercenary Deckard Shaw (Jason Statham), for an adventure outside the previous eight films. Those will resume in May with “Fast & Furious 9.”

The deviation came with a slight risk for Universal Pictures. The “Fast & Furious” films have developed into one of the most bankable series in Hollywood. The last two entries each grossed more than $1 billion. “The Fate of the Furious” took in $1.2 billion in 2017. “Furious 7” made $1.5 billion in 2015.

The opening for “Hobbs & Shaw,” while right on expectations, is the smallest domestic debut for a “Fast & Furious” film since 2006′s “The Fast and the Furious: Tokyo Drift.” But the $200 million release is aiming to do its largest damage abroad; it grossed $120 million internationally over the weekend. That’s without China, where “Fast & Furious” films have excelled. It opens there August 23.

Jim Orr, distribution chief for Universal, pointed to strong audience response, across demographics, to “Hobbs & Shaw” as evidence of its widespread support and playability as a crowd-pleaser through the doldrums of August. While the film scored a 67% fresh rating on Rotten Tomatoes, audiences gave it a 90%. The CinemaScore was A-minus.

“It’s super encouraging and really tells about how broad this franchise plays,” said Orr. “We are obviously all extraordinarily excited to see this homegrown ‘Fast & Furious’ franchise break out down another avenue.”

“The Lion King” slid to second in its third weekend with $38.2 million. The Disney remake earlier this week crossed $1 billion worldwide, becoming the fourth Disney movie this year to do so. It joins “Avengers: Endgame,” ″Aladdin” and “Captain Marvel” in that club, with “Toy Story 4″ ($959.3 million) poised to soon join them. Not accounting for inflation, this “Lion King” ($1.195 billion) has now out-grossed the 1994 original ($968.5 million).

In its second weekend of release, Quentin Tarantino’s 1969 fable “Once Upon a Time … in Hollywood” held strong with $20 million. The Sony Pictures release, which cost $90 million to make, has a way to go before it’s profitable. But the film’s glowing reviews and early Oscar buzz should lead to a long run.

The weekend’s other notables were smaller releases.

Lulu Wang’s acclaimed family drama “The Farewell” expanded to 409 theaters and grossed a hefty $2.4 million, firmly establishing the A24 release, starring Awkwafina, as one of the year’s indie breakouts.

While there are significant releases to come, “Hobbs & Shaw” marks the last major tentpole of the summer. After some ups and downs, the season is running only 1.1% behind last year, according to data firm Comscore, a deficit that has been shrunk in large part by Disney’s juggernauts.

“While the summer has kind of taking a drubbing, critically and analytically, it has made a huge comeback,” said Paul Dergarabedian, senior media analyst for Comscore. “We need to get it in perspective. But it ain’t over ’til it’s over.”