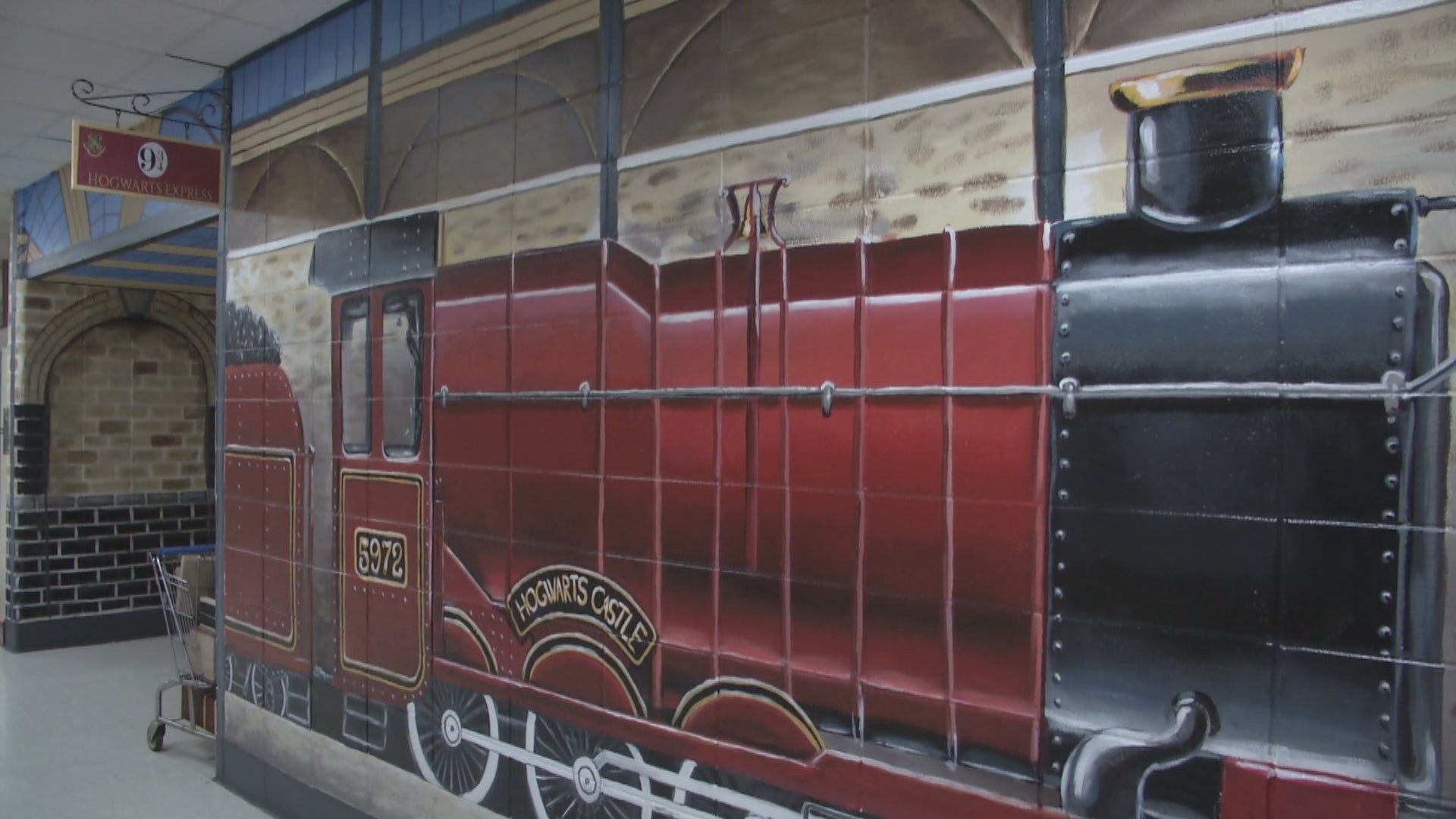 BAILEYTON, Ala. (WIAT) – A school is helping students achieve their goals with a Hogwarts-themed hallway and classrooms based off the Harry Potter series.

Teachers at Parkside Elementary K-8 school put in countless hours to decorate four classrooms to represent the four houses of Hogwarts last year. This year they decorated the hallway for the seventh and eighth graders.

News 8’s sister station WIAT spoke with math teacher Tracey Jones and English teacher Jacy Douglas. Jones has been teaching for 21 years and says she has been wanting to have a Hogwarts-themed classroom since the first books were released.

Jones says they were surprised last year when they saw improvements in students grades and behavior in the newly designed classrooms.

“I’ve seen this huge difference with the kids working together better. You know they’re really wanting to pull each other up and make every one of our students successful.” said Jones.

The teachers are hopeful that the newly designed hallway will have the same impact this year.

Jones says she does not know how many hours it took to create everything, but she says it wasn’t as expensive to do as you would think.

“We have no idea how many hours we spent because like I said, I made everything in here. I’ve made all the labels, I made the potion bottles, I made like the books, the tables.” said Jones.

The teachers say it took hard work and creativity to make and find the materials. The community also helped by donating some items and participating in fundraisers. Douglas says the students respect the classrooms and keep things clean.

The school is a Title 1 school and many of the students come from low-income families. Douglas and Jones say some of their students have difficult lives at home.

“Horrible things that our kids are dealing with. Sometimes even as adults we can’t imagine what they’re going through at home,” said Douglas.

Douglas says that’s why Harry Potter’s story and life at Hogwarts is so inspiring to many. Douglas says she hopes students can learn from Harry’s difficult life at home with his aunt and uncle. She hopes Parker Elementary K-8 school can also serve as positive escape for some students much like Hogwarts was for Harry Potter in the series.

“He was able to go to Hogwarts and escape that life. I think that’s kind of neat for our students to see that sometimes education can be an escape. You know, it’s a way out. It was a way out for Harry and it can be a way out for them too. You know if they work hard and they apply themselves. I think that’s a lesson they can learn from it,” said Douglas.

Jones says she is amazed in how the transformation of the school has transformed the lives of students who she witnesses gain more confidence in who they are.

“I’ve been teaching for 21 years, and if I would’ve known doing this was going to create this huge change in our students, and make them want to be here and actively engaged. I’d of done this a long time ago,” said Jones.

The students will see the new hallway for the first time at open house Monday afternoon.