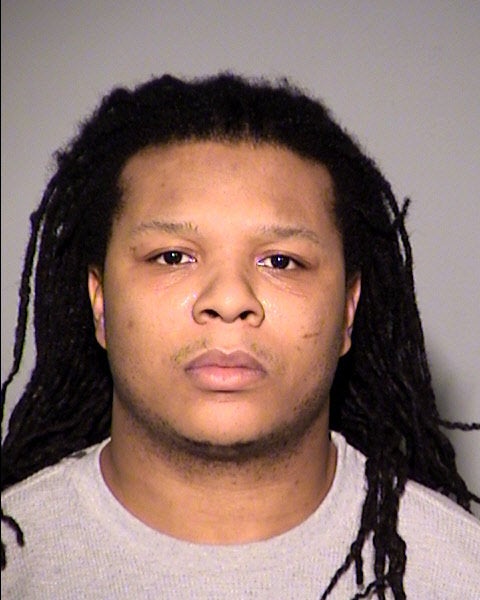 INDIANAPOLIS (WISH) – Marion County deputies escorted William Smith to court Wednesday morning. The 32-year-old didn’t say a word as he passed by a row of cameras while reporters peppered him with questions. Inside Criminal Court 6, Smith still did not speak as he deferred to his attorney during his five minute hearing.

On Feb. 11, 2015, Smith showed up to the Indianapolis City-County Building (CCB) with a critically wounded Azya Knowles in the passenger seat. Smith is accused of shooting and killing Knowles.

Detectives discovered the truck had been riddled with bullets. Smith told police someone fired shots at him and Knowles as they sat in the truck, after which, he drove to the CCB to get help.

Knowles later died from her injures at a local hospital.

After processing the scene, police believe the damage to the pickup truck was caused by Smith and charged him with Knowles murder.

According to prosecutors, there is a large amount of evidence that doesn’t agree with Smith’s story.

“There is a lot of evidence in this case; different types of evidence, DNA, firearms, and finger prints.Those all have to be done by different crime lab people,” said Deputy Prosecutor Jessica Riley.

Pastor Marvin Churchwell, spotted Smith hours before he arrived at the CCB. On the morning of Feb. 11, 2015, Churchwell saw Smith drive pass his church, Life in the Spirit Community Church in Haughville. Churchwell noticed bullet holes in Smith’s pickup truck as he passed by.

“As it pulled forward I notice someone had been shooting at this guy,” said Churchwell.

Smith and Churchwell locked eyes briefly before Smith drove away. Hours later, Churchwell learned that Smith showed up at the CCB with a gravely wounded Knowles in his passenger side. Because of tinted windows, Churchwell could not determine if Knowles had been sitting in the passenger side when he first saw Smith.

Smith’s next hearing is scheduled for April 28, and his jury trial is set for May 4.