How a bilingual newspaper changed an Indiana community 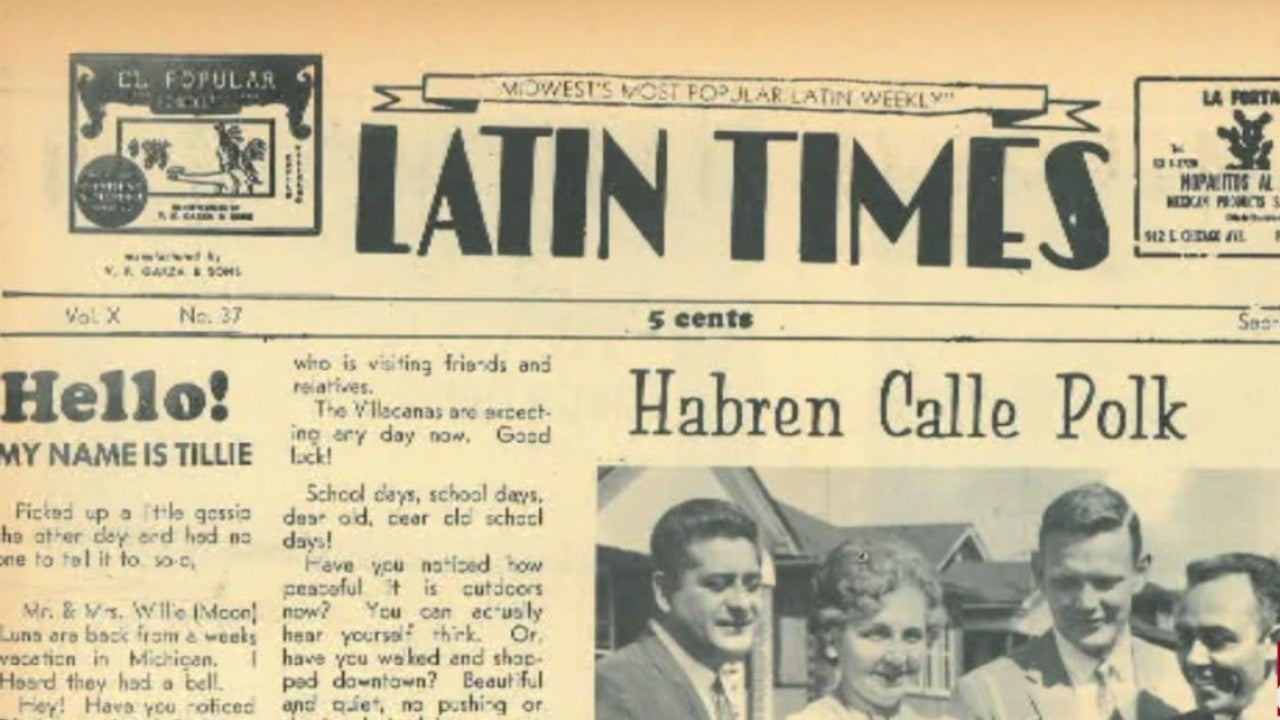 INDIANAPOLIS (WISH) — A family settled in East Chicago in the 1920s, put up a printing shop for a business and ended up leading the charge for social change in the community.

Lupe Theresa Figueroa says her father was studying to be a priest before the Mexican revolution. Persecuted because of his religion, he married and fled to the United States.

“It was very difficult for them as Catholics. So they had to leave or get killed,” Lupe said. “Most of the people in our neighborhood were Hispanic. The Garzas (from El Popular Chorizo) lived two doors down from us. They had their factory there.”

Her father and mother soon began printing a biweekly newspaper, to keep the growing Hispanic community informed. They called it “El Amigo del Hogar,” or “The Friend of the Home.” The publication was solely written in Spanish.

Lupe’s older brother, Luis Figueroa, worked at the printing shop before and after serving in the military.

“We were getting slighted too much in the community. We were getting left out of a lot of benefits that the city had so they decided to write little articles and publish them,” Luis said.

Their father had a regular job. He worked in the steel mill and was a switchman for the railroad. Luis says that after work, his father would come home and handset the type in the publication.

“My mother would help him. So they did the newspaper together,” Lupe said.

The publication stalled during the Great Depression, but the Figueroa children revived it in the 1950s as a new bilingual, weekly newspaper called “The Latin Times.”

Luis said it was all about getting heard by the town’s leaders. “They would just bypass us altogether. And with the help of the Latin Times it was like twisting their arms and that little paper changed a lot of opinions” Luis said.

The Figueroa Print Shop would print 2,000 issues weekly and sell them at a nickel apiece. Three cents would go to the kid or store who sold it, and two back to the Figueroas.

According to Luis, the family didn’t make any money out of it. “It was not a money-making venture. It was more or less to help the community be aware of what was going on,” Luis said.

They kept the publication going for almost three decades, until the need for it was not there anymore.

Lupe was part of what changed their inclusion into the community. She got a job at the courthouse.

“Hispanics didn’t have any jobs. And then little by little we got a couple firemen, a couple policemen, they started working at the city hall, you know, we got a councilman, we started electing a couple of people and then it got a little bit better,” Lupe said.

The Figueroas still preserve copies of most of the issues published and remember their parents for teaching them not only to speak out, but to celebrate their roots.

Luis says they “learned a lot from our parents. You know the true value of being Hispanics.”