How the new tax law impacts businesses large and small 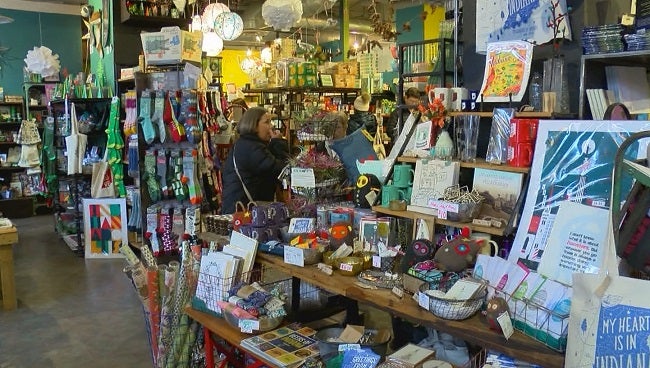 INDIANAPOLIS (WISH) — They line our streets. They’re our neighborhood spots. They fill offices that light up our sky. And now there are skyscraper-sized changes coming to how business owners run their shops.

Next year, there will be significant changes to how businesses large and small file their taxes. The corporate tax rate businesses pay drops from 35 percent to nearly 20 percent.

“All I know is that corporations with the reduction in the corporate tax rate will generally have more cash,” said Chad Halstead, who is a partner in the tax services group for Katz, Sapper & Miller. “I don’t know what they’re going to do with it.”

Some companies nationwide have announced bonuses for their employees, including Indianapolis’s Anthem.

Others have announced investments in the U.S. They can also pay back investors or put the money in the stock market. When President Donald Trump and Vice President Mike Pence came to town, they talked with businesses about what they’d do with lower taxes.

But the corporate tax change affects a fraction of U.S. businesses. Many of them put their profits or losses on the owner’s taxes. It’s a way to avoid paying both individual and business taxes. They’re called pass-through entities.

Most are mom-and-pop stores and entrepreneurs. Since they paid individual taxes in the past, they have had pay as much as 39 percent in taxes. The new law calls for the amount these businesses pay to be slashed 20 percent. That’s a lot of money for those folks.

That is, if it works. There’s still a cloud of uncertainty around this change, if you ask mAccounting tax director Ann Vincent.

First off, not every business will qualify. Because it’s a new law, she and other tax experts are still trying to figure out what finances from your businesses will qualify you.

“It’s pulling in the assets of the company, not just the profits, in the equation,” said Vincent. “And that’s probably the biggest source of confusion for a lot of people.”

It may take years and court rulings to sort it all out. So Vincent has advice for pass-through entities.

“Right now would be a good time to get with their tax preparer and find out what does this mean for me,” said Vincent.Got a tax question for Eric?APP USERS: Click here to send your questions