IMPD chief: ‘No idea why’ on suspect’s motive in shooting police officer 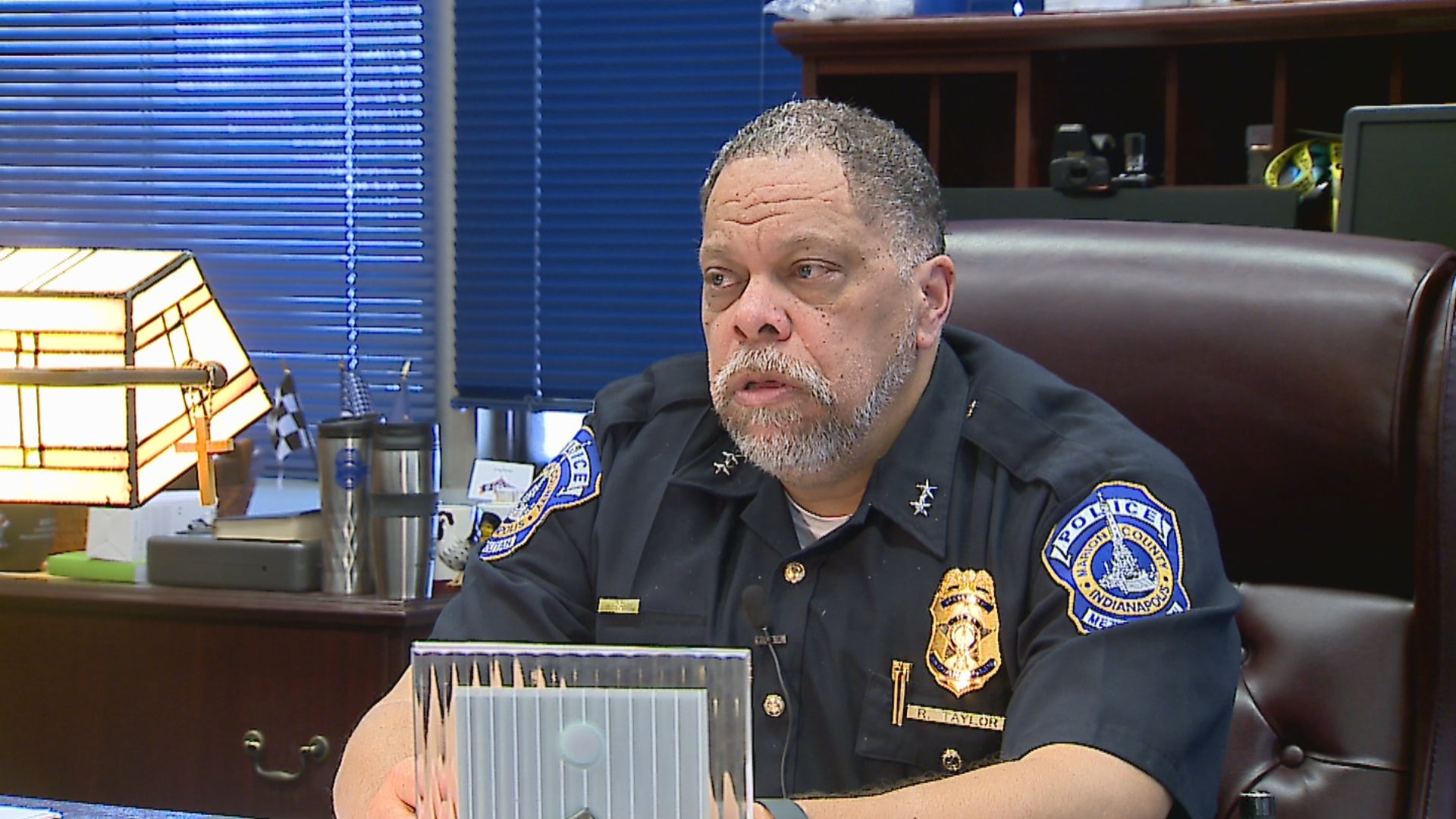 INDIANAPOLIS (WISH) — The leader of the Indianapolis Metropolitan Police Department on Monday provided an update on the officer who was shot Sunday night on the city’s east side.

Two officers were dispatched to the 1600 block of Lexington Avenue after someone called police just after 10 p.m. Sunday and reported that a man in a red jacket was driving a red car and exposing himself. The officers found the suspect on Woodlawn Avenue and ordered him to stop, but he ignored the command, according to IMPD Chief Randal Taylor.

“They engage with that subject; the subject runs. There is a pursuit, a foot pursuit. We hear about an officer that was shot,” Taylor said.

One of the officers, an officer-in-training, was shot during an exchange of gunfire with the suspect.

IMPD confirms that the other officer at the scene shot the suspect, hitting him at least once.

The suspect was identified Monday night as Mylik Hill, 31. Hill ran from the scene, but officers found and arrested him a short time later. A handgun was found nearby, according to IMPD. Hill was then taken to IU Health Methodist Hospital.

Hill on Monday night remained hospitalized in police custody while receiving medical treatment. Arrest warrants were issued for theft and resisting law enforcement, and for a parole violation from a conviction for robbery and possession of a firearm by a serious violent felon, IMPD said Monday night.

A Monday night update sent by email from IMPD said, “Due to sensitivity of the incident and overwhelming evidence which is still being collected and processed, IMPD detectives are still working through the probable cause affidavit.”

The wounded officer was taken to Sidney & Lois Eskenazi Hospital in a fire engine. Police on Monday night did not confirm the officer’s name.

Taylor says he is not sure what led to Sunday night’s shooting. “I have no idea why this guy would feel the need to run. I have no idea why he would allegedly shoot at one of the officers,” Taylor said. “Those are things we hope to find out as the investigation proceeds.”

IMPD says both officers were wearing bodycams, and the footage is being reviewed. The department says it will release its findings in the coming weeks.

The officer who shot the suspect is on administrative leave, as is standard procedure following a shooting.

The Monday night update from IMPD also said, “Detectives continue to canvass the area for witnesses and other evidence. Anyone with information is asked to call Detective Sergeant Leslie Vanbuskirk at 317-327-3475 or by e-mail at Leslie.Vanbuskirk@indy.gov. Alternatively, anyone with information can call Crime Stoppers anonymously at 317-262-TIPS.”

Police on Monday also shared photos from the crime scene.

This story was updated with new information that IMPD shared Monday night.