IFD has busy afternoon, responds to 3 fires in 3 hours 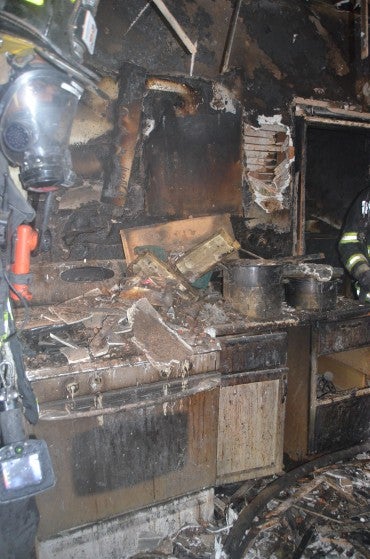 INDIANAPOLIS (WISH) – The Indianapolis Fire Department had a busy, and cold, three hours Saturday after responding to three separate fires on a frigid afternoon.

The first fire started just after 1 p.m. at an apartment complex in the 500 block of North Senate Avenue. Investigators believe the fire was electrical, having started in a possible blower motor in the attic furnace. About 10 people were home when the fire broke out but all got out OK. Damages were estimated at $100,000.

About 30 minutes later, firefighters were called to a home in the 900 block of West 32nd Street. The fire started on top of a stove and left around $30,000 in damages to the home. No one was hurt in that fire and firefighters are investigating the cause.

Just after 4 p.m., a fire was reported at a home in the 600 block of North Keystone Avenue. Firefighters say a man who was house sitting fell asleep while smoking, causing the couch to catch fire. He, two other men, and two pets escaped the home. Only one person was slightly injured. Damages to the home are estimated at $50,000.