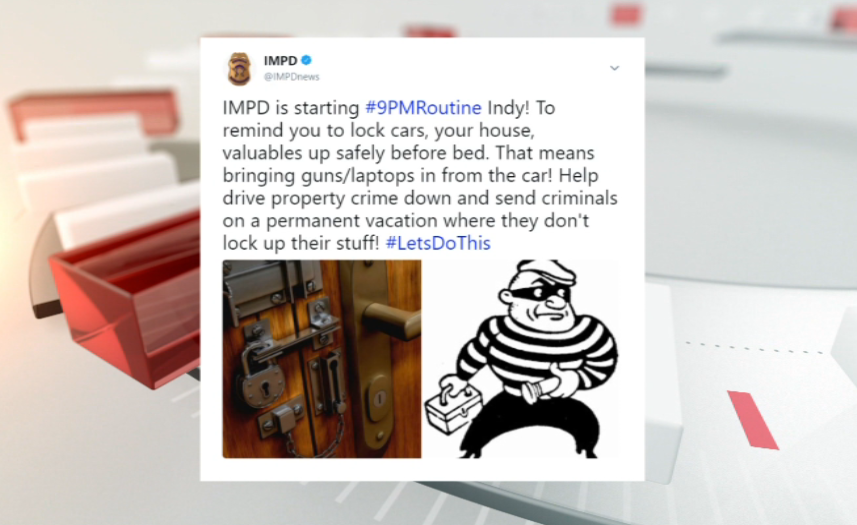 INDIANAPOLIS (WISH) — A new push to prevent theft is taking off on Twitter, fueled by Indianapolis police and a series of GIFs, emojis and hashtags shared by the department.

#9PMRoutine is a reminder to citizens to remove valuables from vehicles and lock all doors as part of a nightly routine.

The Twitter hashtag has been used by law enforcement agencies nationwide and is believed to have originated in Florida in 2015.

“IMPD is starting #9PMRoutine Indy!” announced a Tweet from the @IMPDnews account. “To remind you to lock cars, your house, valuables up safely before bed. That means bringing guns/laptops in from the car! Help drive property crime down and send criminals on a permanent vacation where they don’t lock up their stuff! #LetsDoThis.”

Property crime – defined as a crime to obtain money, property or some other benefit, including burglary, larceny, theft and arson, among others – results in the loss of billions of dollars nationwide each year, according to statistics from the FBI.