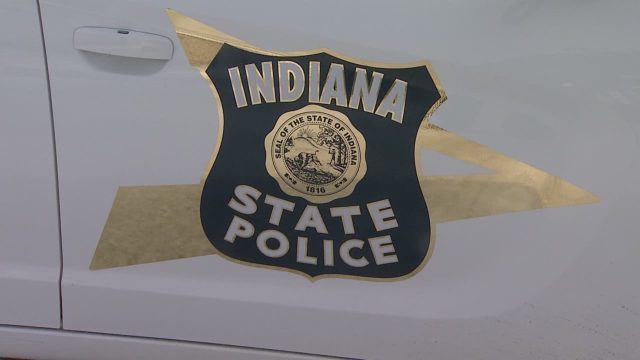 ANGOLA, Ind. (WISH) — An Angola man was arrested Wednesday and charged after attempting to break into the home of an Indiana State Police trooper.

Just before 8 p.m. Wednesday, state police and the Steuben County Sheriff’s Department were called to a report of an off-duty state trooper engaged in a physical altercation with someone who tried to break into his home in the 4600 block of West Nevada Mills Road. That’s about 10 miles northwest of Angola near Lake James.

According to state police, one of Youpel’s neighbors caught Enos breaking out several bedroom windows. The neighbor yelled at Enos, who became “physically aggressive” toward the neighbor, state police say.

Youpel came out of his home and tried to protect his neighbor from Enos. Enos became combative, according to state police, and the two began to fight. The fight ended when Youpel gained control and got Enos in handcuffs.

Enos was transported to a local hospital and later sent to the Steuben County Jail. He’s charged with residential entry, resisting law enforcement, and disorderly conduct.