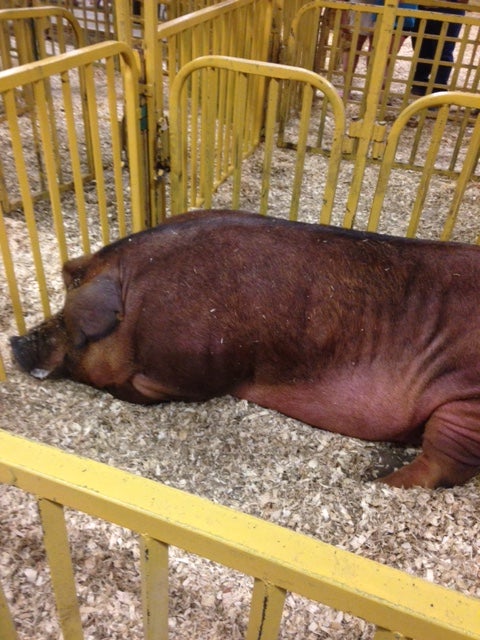 INDIANAPOLIS (WISH) – On the opening day of the Indiana State Fair, the World’s Largest Hog competition winner was crowned.

Big Red won the title, weighing in at 1,134 pounds. His owner, Rick Whistler, said that he prepared Big Red for his first competition by feeding him regularly.