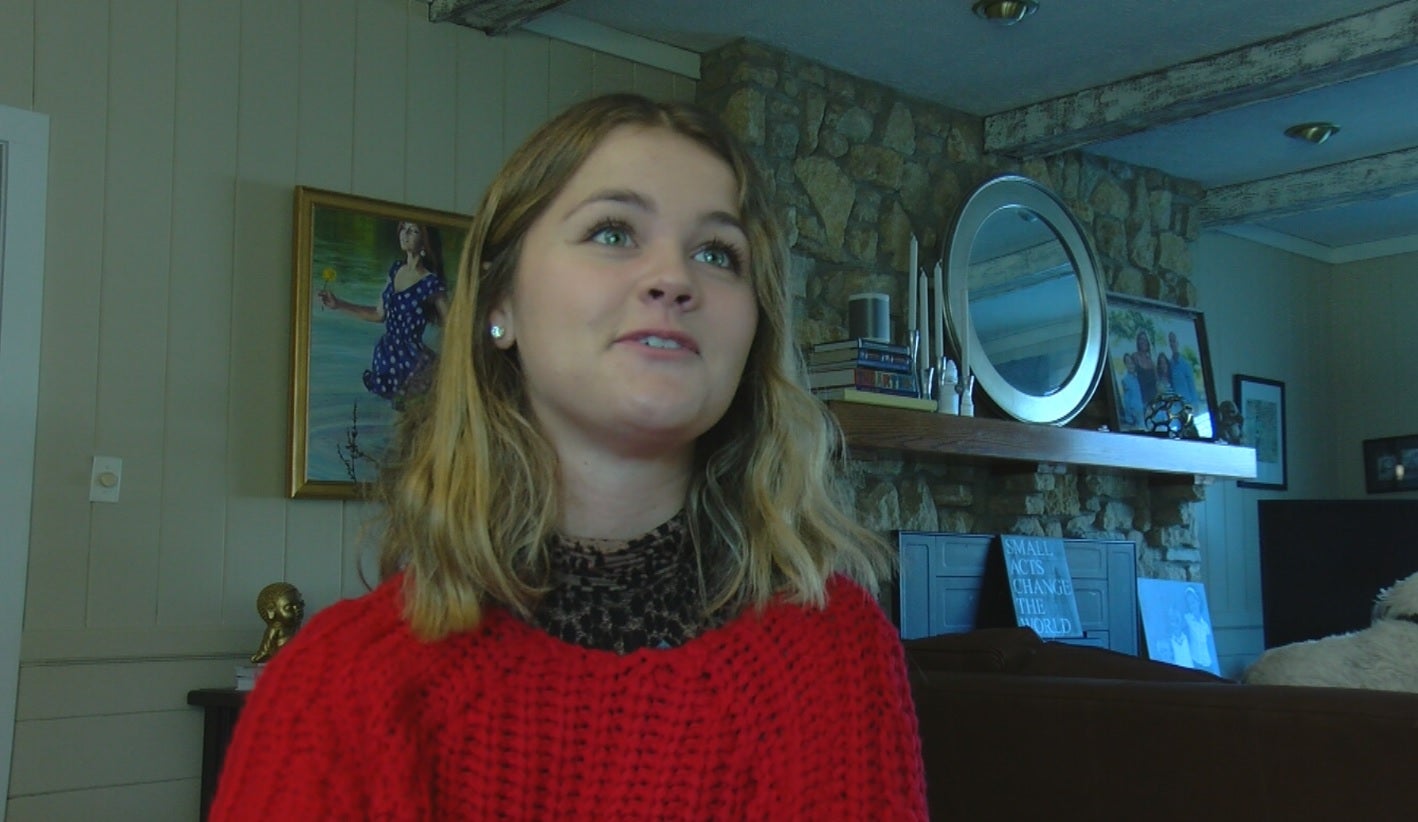 INDIANAPOLIS (WISH) — Each year, The Gloria Barron Prize for Young Heroes honors 25 teenagers across the country who have made a positive impact on their communities.

This year, 18-year-old Tatum Parker from Indianapolis is one of them.

“I know there are so many people in this country who do great things for other people and so it’s really cool to see that other people are recognizing my work,” said Parker.

She was first diagnosed with a rare bone tumor at age six.

“I was cancer free for a year and then a year later, it came back,” she said.

This time she underwent radiation.

Her mom never left her side, even at eight months pregnant with Tatum’s younger brother.

“I loved that backpack. It was just filled with thing after thing all to help keep me entertained in the hospital,” Parker said.

She specifically remember a pink Gameboy inside that got her through that difficult time.

She says a few of the nurses had asked that she share her toys with one boy next to her who had been alone in his room for days.

“And the next day they had brought it all back to me and he had written me a thank you note saying, ‘that it was the most fun I’ve had in the past couple of days thank you for sharing,’” Parker said.

It was then Parker asked her parents to help her fund-raise and create Tatum’s Bags of Fun as a way to make sure all kids in Indiana felt the way she did.

While Tatum applied for the award before college, she is now a freshman at Indiana University and is hoping to become a pediatric oncology nurse.

She comes back to Indy on the weekends, working on the Tatum Parker Project which has now given out 4,000 bags and is also funding cancer research.

The award is named after the mother of American children’s writer T.A. Barron.

Staff there says this year they had more than 400 applicants.

“Nothing is more inspiring than stories about heroic people who have truly made a difference to the world,” said Barron through email.

If you know a teenager making a difference in their community, The Gloria Barron Prize for Young Heroes is accepting applications starting January.