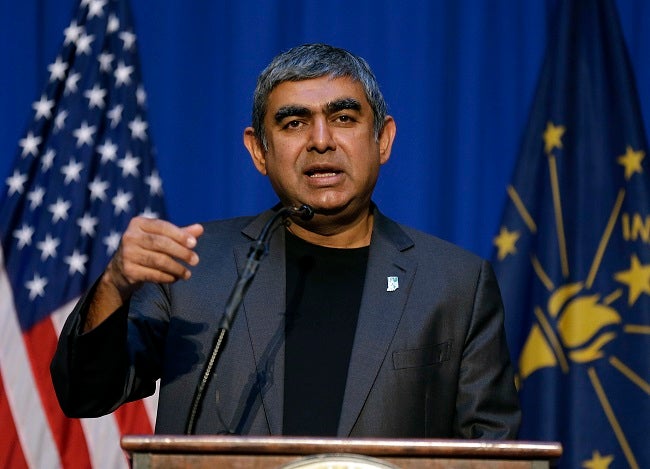 INDIANAPOLIS (WISH) — Infosys’ search for a place to put a new Indiana technology and innovation hub has ended with the selection of a downtown high-rise.

“We’re excited to establish our first Technology & Innovation Hub in Indianapolis, at OneAmerica Tower,” said Infosys president and deputy chief operating officer Ravi Kumar in a news release from the city. “Innovation and education are at the heart of Infosys, and Indianapolis is renowned for its rich academic network and skilled talent. The 2,000 Hoosiers we will hire and train will help drive U.S. economic growth and innovation in cloud, big data, artificial intelligence and machine learning throughout various industries.”

Infosys will occupy about 35,000 square feet in the 38-story OneAmerica Tower.

In addition to a potential $31 million in performance-based incentives from the state, the city plans to give supplementary incentives. Pending approval by the Marion County Metropolitan Development Commission and the City-County Council, Indianapolis will offer a 10-year personal property tax abatement as well as a $2.5 million training grant to reimburse the company for the training of new hires. The city’s incentive package requires the retention of 37 full-time jobs paying an average wage of $45 per hour, and the creation of at least 300 full-time new jobs paying an average wage of $36 per hour by the end of 2019.

The Indiana Indian Business Council and the Office of International and Latino Affair’s Sister Cities Program helped forge an agreement between Infosys and Indianapolis. The business council’s president and founder, Raju Chinthala, said in a news release, “The international relationships that we have formed across the globe will continue to benefit our economy by promoting local business and attracting foreign investment.”

The news Tuesday comes the same day Gov. Eric Holcomb is leading a trade delegation to San Francisco to attend a summit hosted by the company.

Holcomb and Indiana University President Michael McRobbie will be part of a Wednesday panel discussion called “Preparing America for Tomorrow.”

The trip is being paid for with private donations.