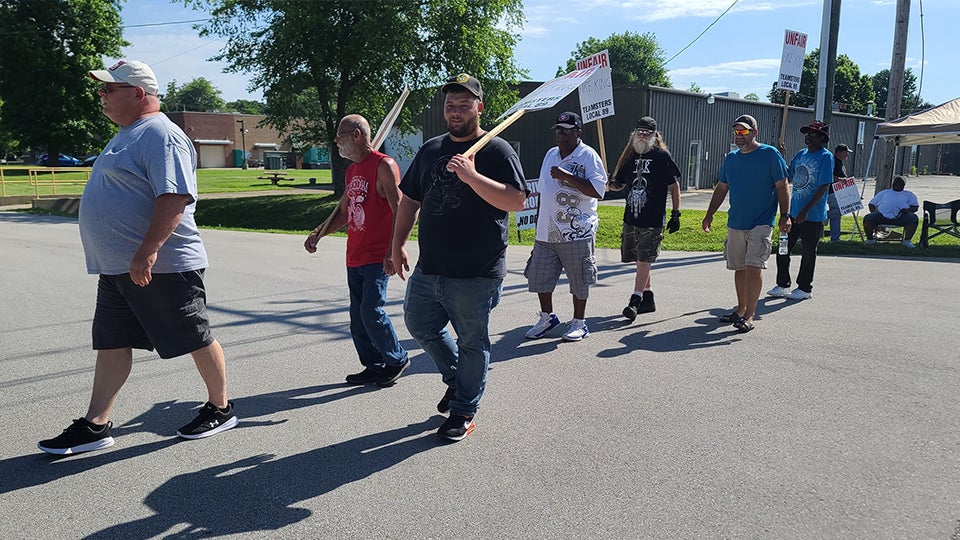 NEW ALBANY, Ind. (Inside INdiana Business) — FireKing International LLC in New Albany says it has begun transferring temporary employees to permanent status amid an ongoing strike from members of the Teamsters Local 89. Nearly 90 union workers went on strike last month over what they claim are low wages and inadequate healthcare coverage.

The company presented its “Last, Best and Final” proposal, which was rejected by the union. The proposal included what FireKing said was its highest first-year wage increase along with increasing hourly wages in each year of the contract. The company said it would also reduce employee contributions to health insurance costs.

The union claimed its members have been paying “excessively high” premiums and out-of-pocket expenses, and proposed moving to a union-sponsored health plan known as TeamCare. However, the company said that plan would increase its costs by six figures in the first year alone.

FireKing says with the transition of temp employees to permanent status, it has implemented the first-year wage increases and healthcare cost sharing reductions from the proposal.

“We are disappointed that members continue to strike under the leadership of Teamsters Local 89 without fully understanding what we have offered, but our customers continue to demand our high-quality product. As a result, we have little choice but to move forward without their contribution,” FireKing CEO Rick Mejia said in written remarks.

Inside INdiana Business reached out to the union for comment on Thursday but has not yet received a response.

FireKing says it has replaced a “substantial portion” of the striking workforce through temporary and permanent replacement employees. The company says it hopes to fill all remaining positions in the coming weeks.