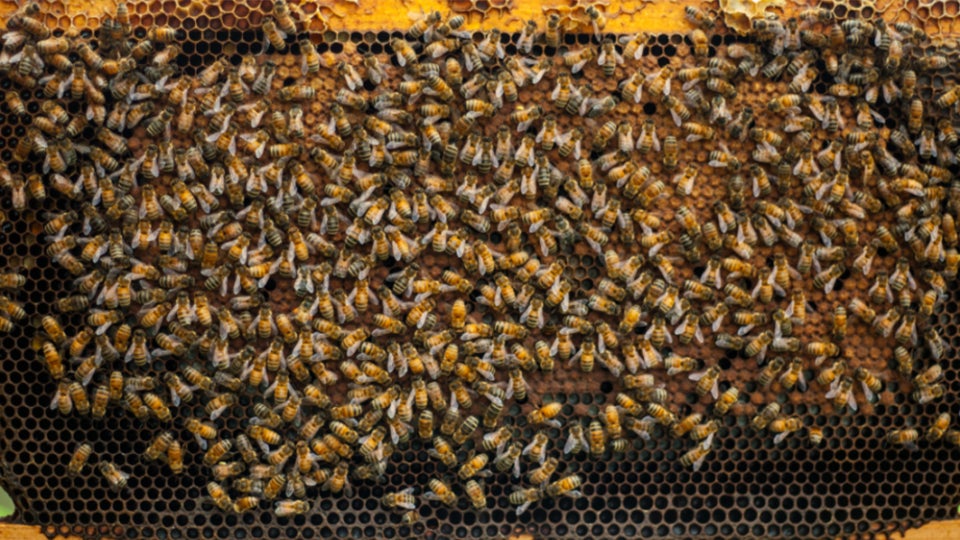 FISHERS, Ind. (Inside INdiana Business) — A Fishers-based company that specializes in the redevelopment of former mining properties is adding another focus to its efforts. Land Betterment Corp. has formed a new subsidiary, Pollinate, which aims to cultivate bee colonies at the mines. Land Betterment says the goal of the subsidiary is to further the company’s overall mission of enhancing the ecosystem of the mining sites and creating sustainable community development and jobs.

In an interview with Inside INdiana Business, Executive Chairman Mark Jensen said the idea came from a portion of a mine property in Kentucky for which there were no alternative uses.

“A couple years ago, we started thinking about how can we utilize this land in a flat area to bring positive impact to this region and also the area, and one of the things that came up was we had a sloping area and we were going to plant basically flowers and milkweed and a lot of other agriculture on this sloping area and it clicked in our head, it’s a protected zone,” said Jensen. “So we had this protected area and a pretty good flat area but you couldn’t do anything combustible or anything manufacturing area and we ran into a couple guys that were experts in the bee space.”

Jensen says the initial plan was to just put in a beehive or two but after doing some research, the company decided to create an entire bee colony to help pull forward the environmental remediation aspect of the mine projects.

The first bee colony is being established at the McCoy Elkhorn complex near Pikeville, Kentucky. Land Betterment is leasing the property to establish the bee project, which includes the redevelopment of two office buildings which will become a center to process all bee-related products that can come from the colony.

Jensen says the company has already identified space at the former Landree Mine in Greene County, which is currently being converted into a craft distillery. The project also includes an agriculture component from which the distillery will draw many of the ingredients needed to make craft spirits.

“Our business is about establishing protocols and we’re business guys and entrepreneurs so establishing the processes and protocols, once get those established, being able to replicate them is super important for us. We don’t want to create something that we can’t utilize elsewhere. (At) the old Landree Mine, we’re growing agriculture there. Also, we do want to be able to utilize honey and honey-related products in spirits.”

Land Betterment says Pollinate will harvest and process organic products from the colonies such as pollen, honey and wax. President Kirk Taylor says the company will be looking to a less traditional market to offload the products.

“The shelf space for honey is incredibly tight and very expensive to get into grocery stores,” said Taylor. “The market we will be going into will be the wholesale food and beverage market where we can partner with leading restaurants, leading beverage and spirit distillers and use the honey that our hives produce in their products. We’ve talked to some potential partners already and they’re very excited about the ethos of our company and how they can help revitalize communities while providing a superior and taste to their end customers.”

The company says Pollinate has reached out to local beekeeper societies to determine the native and highly-effective bees that will be added to the local ecosystems.