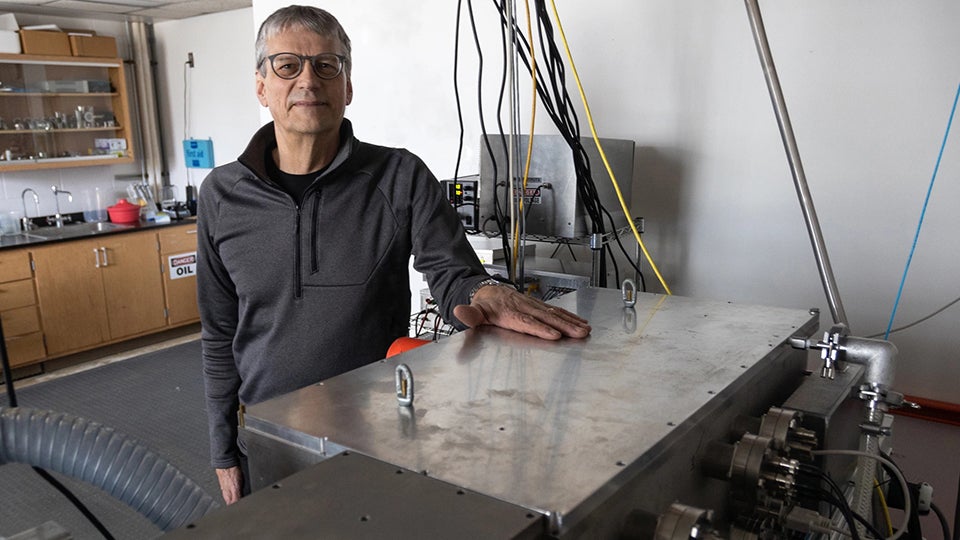 BLOOMINGTON, Ind. (Inside INdiana Business) — A Bloomington-based startup founded by two Indiana University chemistry professors has inked a deal with Massachusetts-based Waters Corp. (NYSE: WAT). Megadalton Solutions will license to Waters its charge detection mass spectrometry technology, which can be used in the development of cell and gene therapies.

The technology was developed by IU Distinguished Professors Marin Jarrold and David Clemmer, co-founders of Megadalton. It allows researchers to analyze, measure and describe large, complex molecules at previously unknown levels of accuracy, according to the university.

Jarrold says cell and gene therapies require the delivery of specific genes or cells into the body with some form of encapsulation, which requires a high-precision measurement.

“This whole endeavor began as a basic science question,” Jarrold said. “We started out trying to solve a problem related to measuring the electrical charge in water droplets. Only later did we use the method to weigh viruses, after which we realized our techniques had applications to a lot of important questions in the field of drug development.”

IU says charge detection mass spectrometry not only provides the previously-unseen accuracy for such measurements, but also improves the speed at which they’re performed by taking minutes rather than days.

Through the agreement, Waters Corp. will incorporate Megadalton’s technology into its own scientific instruments. The company will then sublicense technology rights back to Megadalton, allowing it to continue serving its existing clients.

Waters Corp. is a developer of laboratory instruments and analytical software for the life, material and food science industries.

Financial details of the agreement were not disclosed.