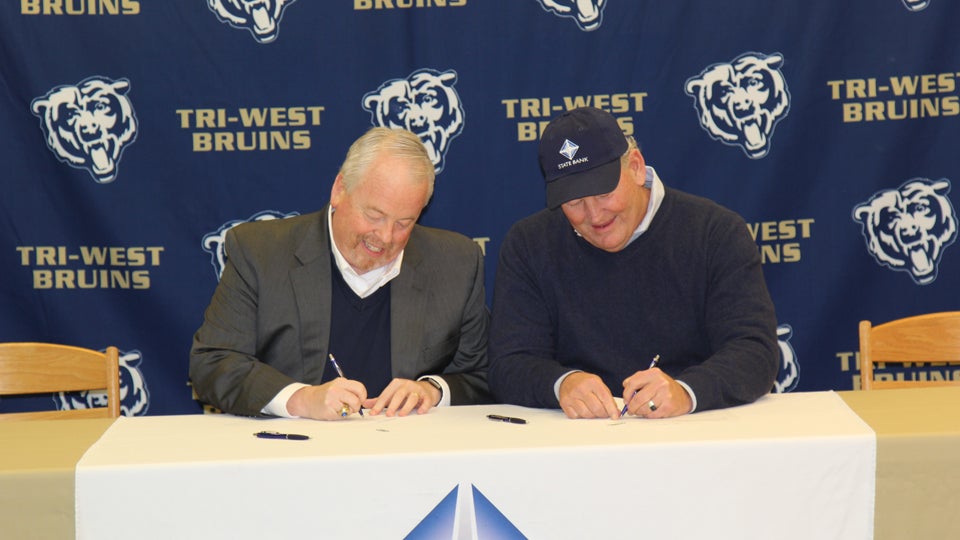 HENDRICKS COUNTY (Inside INdiana Business) – The Northwest Hendricks County School Corp. is partnering with State Bank in Lizton to provide exclusive naming rights to the football stadium at Tri-West High School in Lizton. The stadium will be called State Bank stadium.

The district says the five-year agreement was unanimously approved by the school board. The partnership provides financial support for the school district’s education foundation.

“State Bank has a long-standing commitment to and great reputation in the community, and we are pleased to have the hometown bank support the Tri-West School Community Schools and the students we serve,” said Northwest Hendricks County School Corp. Superintendent Scott Syverson.

The district says it is undergoing a stadium revitalization effort that is part of a $25 million athletic complex improvement project. It is expected to be complete by August.

The stadium will include State Bank signage on a new training facility at the north end of the field and on the press box. The school corp. says a new south parking lot with a State Bank gateway arch will also be added.

“For us, this partnership with Tri-West exemplifies what it means to be a community bank. We jumped at the opportunity to support our local school and to highlight our bank’s rich heritage in the Northwest Hendricks County area,” said State Bank President Mike Baker. “And we look forward to interacting with our customers and the greater community as they come to experience events at State Bank Stadium.”

State bank has offices in Pittsboro, Avon, Brownsburg, and Plainfield in Hendricks County as well as Boone, Hamilton counties.