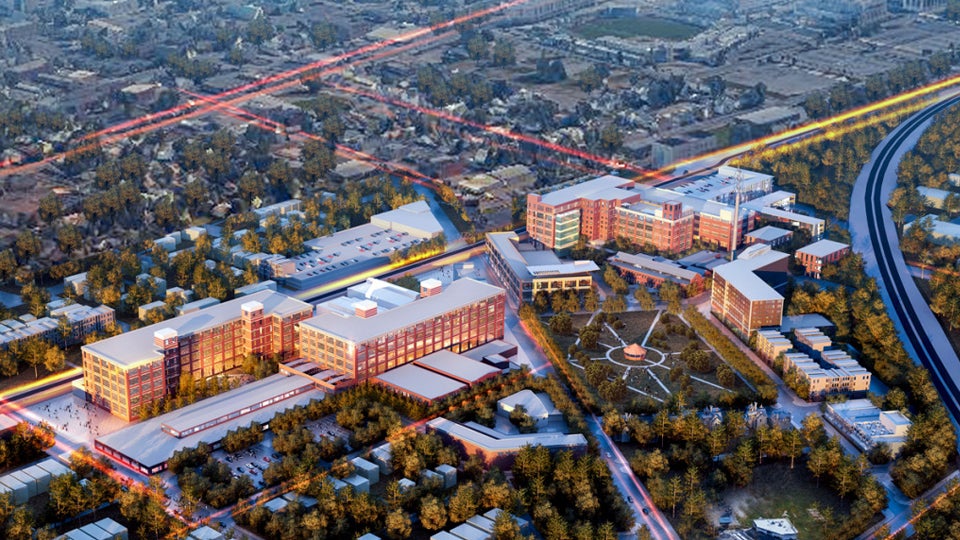 FORT WAYNE, Ind. (Inside INdiana Business) — Washington D.C.-based Carr Workplaces announced Thursday it has taken over as property manager for the Electric Works mixed-use innovation district in Fort Wayne. The company, which operates coworking spaces throughout the country, says it will oversee the entire 10-building campus at the former General Electric site near the city’s downtown.

The company says the team, which will ultimately be comprised of eight people, will be responsible for a variety of services, including mechanical systems maintenance, capital improvements, and tenant lease administration and relations.

“At its peak in the late 1940s, the former General Electric campus employed 10,000 people, and it is our shared goal with the Electric Works team to revive and carry on a dynamic legacy of innovation and positive economic impact throughout the city,” Carr Workplaces COO Ashley Buckner said in a news release. “We are thrilled to have Traci, Megan and Alex, all of whom live in the Fort Wayne area, lead the Property Management team and know that with their dedication to hospitality and professionalism, the Electric Works campus will fuel a new era of job creation, culture and community.”

In December 2020, Carr Workplaces said it would establish a 32,000-square-foot coworking space inside Building 19 on the campus. The space will feature more than 90 private offices, numerous drop-in workspaces and meeting rooms, and a 10,000-square-foot conference center.

The $286 million first phase of Electric Works, which includes more than 700,000 square feet of space, is slated to open this fall.