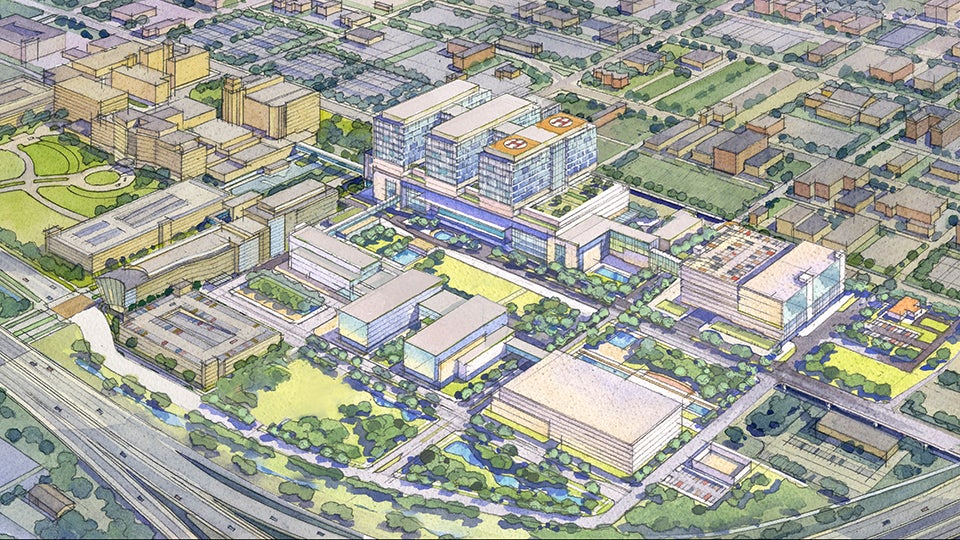 INDIANAPOLIS (Inside INdiana Business) — Indiana University Health has established an executive team to oversee the $1.6 billion development of its new downtown Indianapolis hospital and expanded medical campus. The health system says the team will initially include up to 18 people who have been involved in the project’s planning process over the last year.

Jim Mladucky, vice president of design and construction for IU Health says the team will help “maintain the vision for this transformative project.”

Plans for the project were in first announced August. IU Health plans to consolidate its two existing adult hospitals in downtown Indy into one, and expand the campus to also include research and education facilities for the IU School of Medicine.

The executive team will include four key partners that the health system says have become an extension of its design and construction staff. They include Los Angeles-based AECOM Hunt for program and construction coordination, St. Louis-based HOK for medical planning and brand image, Browning Day in Indianapolis for campus planning and landscape architecture, and Bard Rao + Athanas Consulting Engineers for building systems design and engineering.

“This is the largest development project in IU Health’s history and it’s critical it be done right,” Mladucky said in a news release. “The executive oversight team leverages the knowledge we have gained from our partners so far and will make sure that knowledge and vision are transferred to other key vendor partners who will execute the design and construction work in the coming years.”

IU Health says members of the executive oversight team will be integrated into its design and construction staff in offices at the IU Health Methodist Hospital campus, which are currently being renovated to improve safety related to the COVID-19 pandemic.

The new hospital will have the capacity for up to 576 patient beds, as well as expansive outpatient care areas.

The health system says the Indianapolis Metropolitan Development Commission has approved a petition to change the zoning classification of the area near 16th Street and Capitol Avenue in order to expand the campus.

Construction on the project is expected to take about six years to complete.