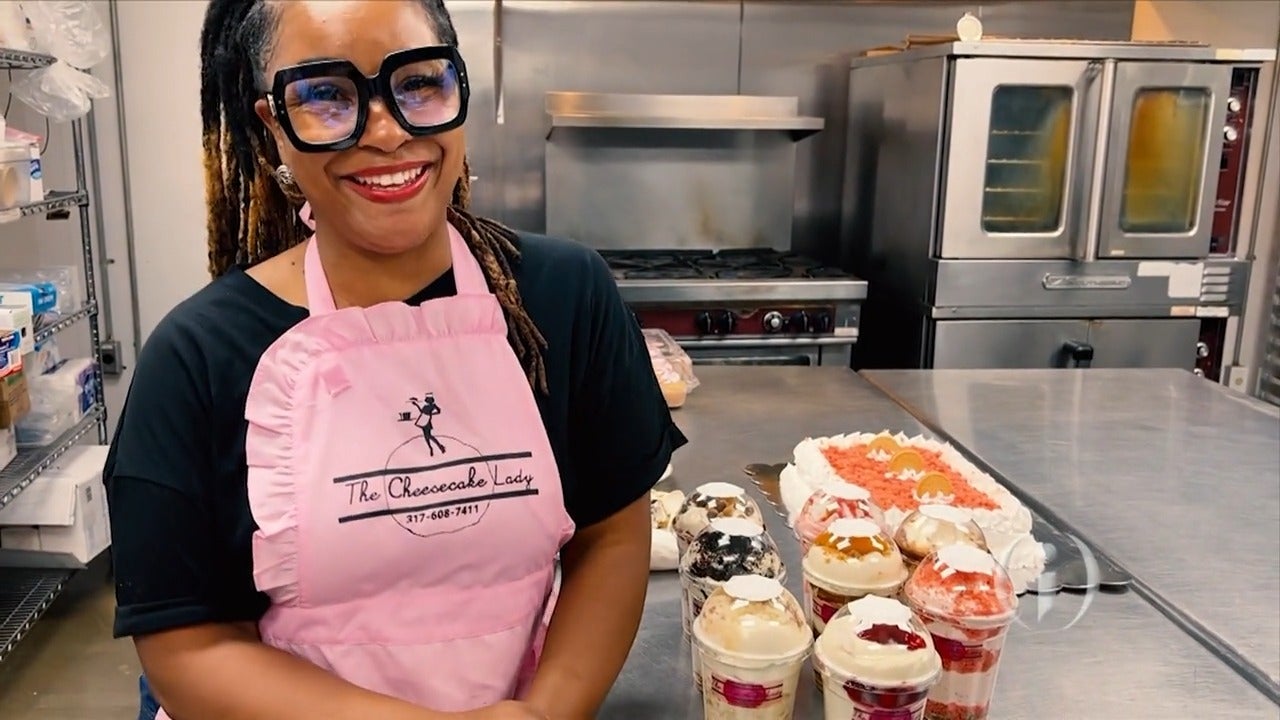 INDIANAPOLIS (Inside INdiana Business) — A post on social media has led to a growing direct-to-consumer cheesecake business in Indianapolis. Cassie Smith-Johnson is the founder of The Cheesecake Lady Indy, which makes a variety of cheesecake products using her own homemade recipe. Smith-Johnson makes the treats out of a 24-hour shared commercial kitchen after finishing her day job at an Indianapolis insurance company.

In an interview with Around INdiana Reporter Mary-Rachel Redman, Smith-Johnson said it all started by answering a Facebook post from a friend. Click here to watch interview

“They made a post asking if somebody could make a banana pudding cheesecake, and I responded,” she said. “I made a post, a picture of the cheesecake, and once I posted it, I got a lot of feedback from other Facebook friends asking me to make them cheesecakes. And, it just blossomed from there. I got so busy with them that I just decided that I would make a business.”

In 2021, Smith-Johnson joined Indy’s Kitchen on the city’s near north side where entrepreneurs can rent space by the hour.

“It’s for [restauranteurs] like myself who either don’t have the means to have the equipment on a build out as far as their own location or someone who also maybe just doesn’t want to have their own brick-and-mortar,” she said.

Smith-Johnson says the majority of her business comes through social media engagement.

“[On] Instagram, if I’m not posting daily, I have a sponsor post constantly engaging my customers, showing them what I have, promoting my business hours. I actually speak directly to the customers. I respond to them in the inbox.”

After two years in business, Smith-Johnson says she’s most proud of herself for sticking with it.

“Anyone who has owned and operated a business, there are seasons where it’s up and down, and the lows kind of hit really hard,” she said. “And that can be very, very discouraging, but really, I’m really proud of myself for just not giving up in the moments where I felt like I needed to or that I should. I figured out how to just keep it level and keep it balanced and make it work, and it’s going really, really well.”