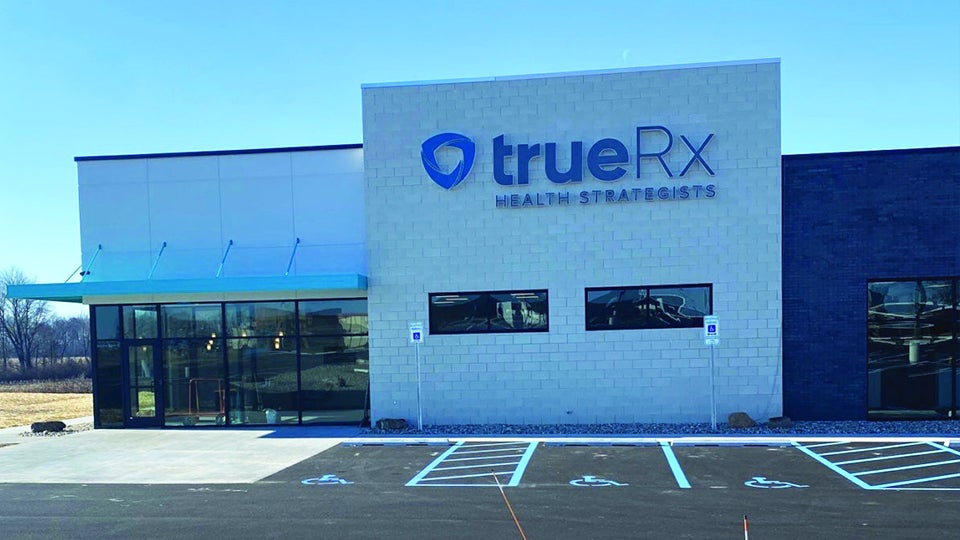 WASHINGTON, Ind. (Inside INdiana Business) — Pharmacy benefit management company True Rx Health Strategists is today celebrating the opening of its nearly $2 million facility near I-69 in the Daviess County town of Washington. “I think our employees are really proud to drive up and say, ‘Yeah, that’s where I work,’ and that was kind of intentional,” said Chief Executive Officer Mark Williams. Additionally, the company says it has achieved an annual national growth rate of 30%, which exceeds its initial growth forecast.

In an interview with Inside INdiana Business, Williams said the company’s culture and employees has been key to its continued growth.

Since that time, the company has hired 86 employees, and Williams says they anticipate hiring several more people through the end of 2022.

The building, according to Williams, was designed with a hybrid work model in mind as a result of the pandemic. He says that model has led to an increase in collaboration among employees.

“In our building, we have what’s called huddle rooms, and I see people go in there and their collaborating. They’re working on projects. They’re working together,” said Williams. “I’ve seen the camaraderie really increase, and I think we have seen our culture get better since we build the new building.”

“Many companies like True Rx could be located in urban areas, and the fact that the Williams family has chosen to grow their national business in the city of Washington is a major benefit to the region,” Denny Spinner, executive director of the Indiana Office of Community and Rural Affairs, said in written remarks.

Williams says the property on which the new building sits has room for a second 15,000-square-foot facility. He says that addition could be in the works in the next several years.