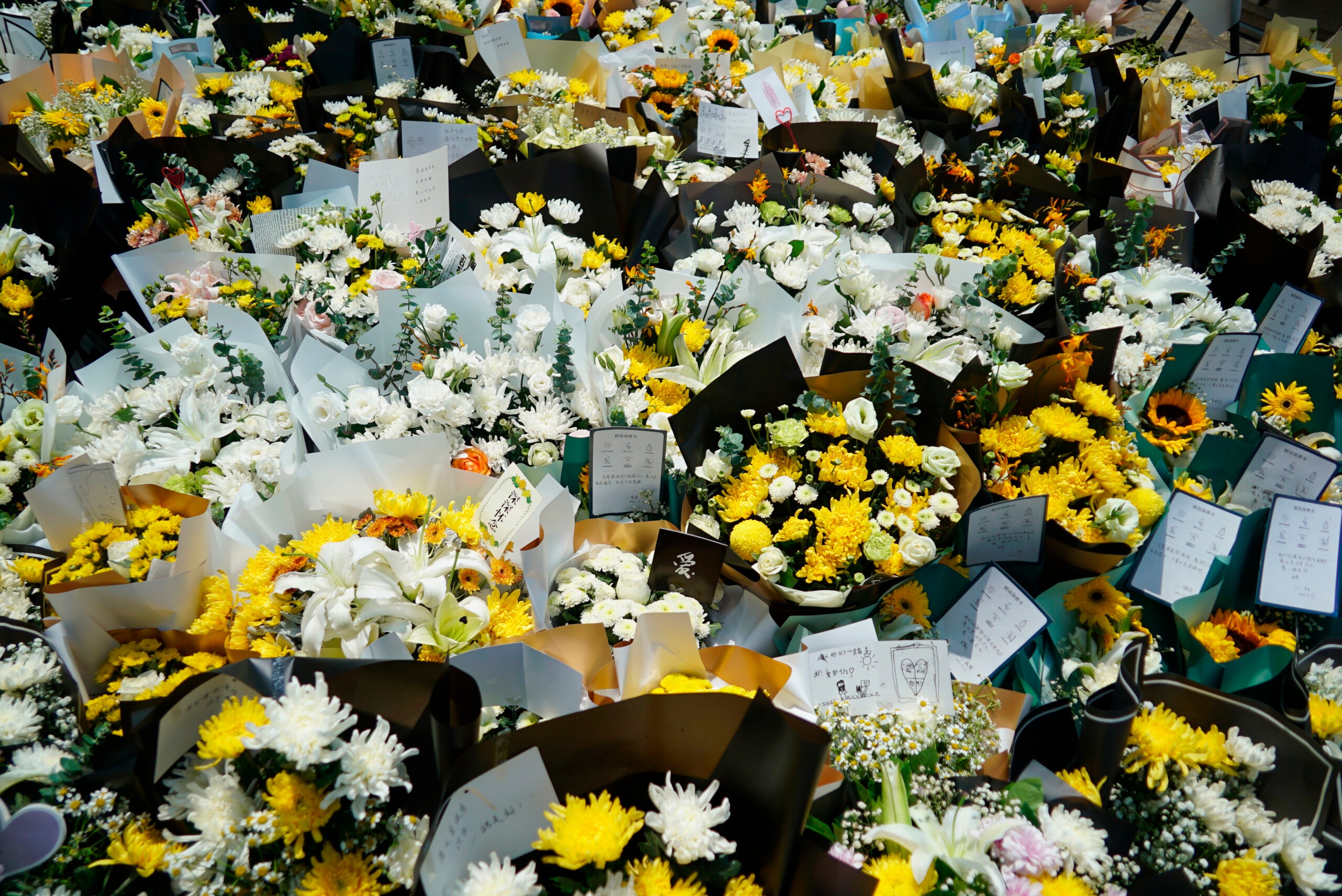 In this July 27, 2021, file photo, bouquets of flowers are placed outside the entrance to a subway station in Zhengzhou in central China's Henan Province, where numerous people died after a record-breaking downpour flooded the area. Chinese authorities have announced a huge jump in the death toll from recent floods. The Henan province government said Monday, Aug. 1, 2021, that over 300 people died and at least 50 remain missing. (AP Photo/Dake Kang, File)
by: Associated Press
Posted: Aug 2, 2021 / 05:58 AM EST / Updated: Aug 2, 2021 / 05:59 AM EST

The vast majority of the victims were in Zhengzhou, the provincial capital, where 292 died and 47 are missing. Ten others died in three other cities, officials said a news conference.