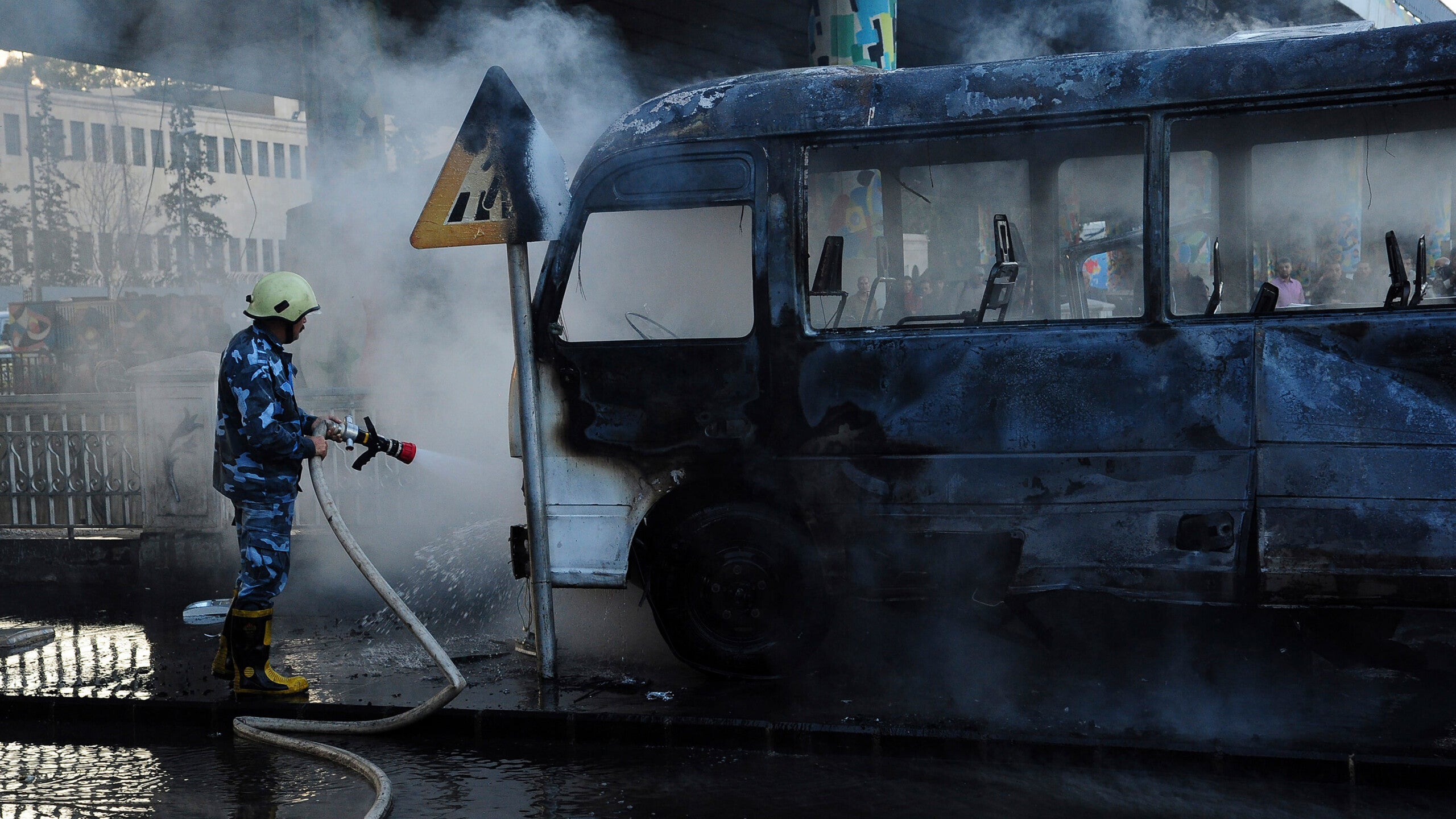 (CNN) — Four children were among at least 10 people killed in Syrian regime strikes in the northwestern rebel-held area of Idlib on Wednesday, a rescue group said.

The attack on a busy marketplace in the town of Ariha killed three boys and a girl, as well as a teacher, who were on their way to school, according to UNICEF.

Earlier on Wednesday, more than 14 people were killed and three others injured after a Syrian military bus was targeted with two explosive devices in the capital Damascus earlier that morning, the SANA state news agency reported.

A third explosive device was also found at the scene of the attack on Hafez al-Assad bridge but was dismantled, according to SANA.

Syrian state TV posted on its Telegram account images of the charred cabin of the busin Damascus, and rescue workers could be seen removing body parts.

“Today’s violence is yet another reminder that the war in Syria has not come to an end. Civilians, among them many children, keep bearing the brunt of a brutal decade-long conflict,” UNICEF Regional Director for the Middle East and North Africa, Ted Chaiban, said in a statement.

“Attacks on civilians including children are a violation of international humanitarian law. Children should be able to reach their schools safely,” said Chaiban.

There have been several attacks this year on army vehicles in eastern Syria by suspected ISIS militants who still operate in the sprawling desert area.

Blasts in Damascus have been rare since forces loyal to President Bashar al-Assad retook control of rebel enclaves around the city in 2018. Aided by Russia’s military presence and Iran’s Shia militias, Assad has now clawed back control of most of the country after a decade of civil war.

Idlib is the last major opposition stronghold, and has been repeatedly pummeled by Syrian regime and Russian military strikes since the start of the country’s 2011 uprising turned civil war.