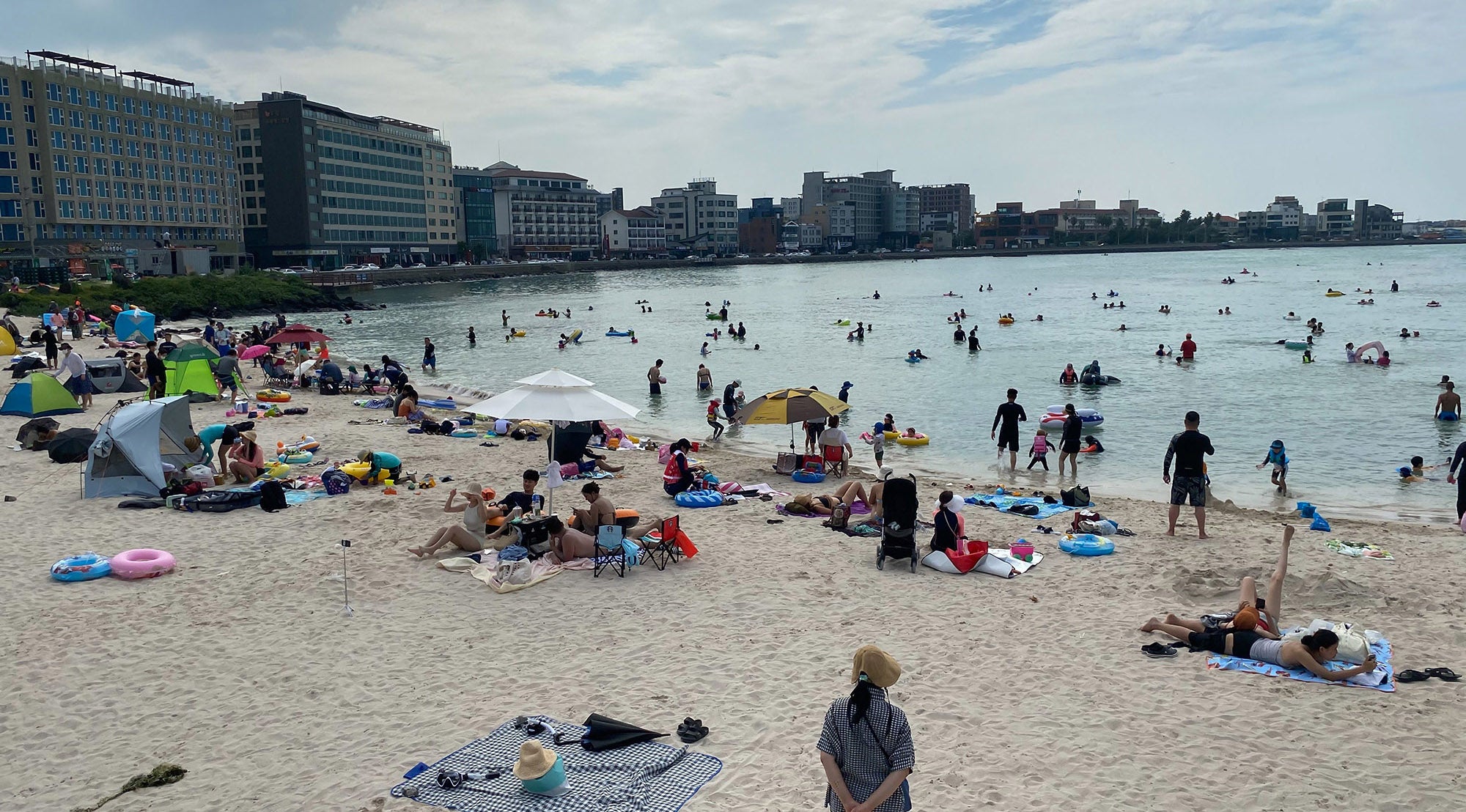 (CNN) — An upscale hotel in South Korea has issued an apology for a mistake that may have enabled outsiders to see into their sauna.

The Grand Josun, a new five-star property on the popular resort island of Jeju, issued a statement on its website after a local blog reported that the sauna’s blinds had been up for part of the day, making it possible for people to see into the women’s sauna area from the street.

“We’re deeply sorry for causing any inconveniences to our customers in using some facilities at the women’s sauna at the Grand Josun Jeju Hill suite for missing mirror coating for some windows and (problems in) operating the blinds,” read the statement, which was posted on Thursday.

“The sauna’s operation has been suspended and we’re closely checking deficiencies and taking immediate action to correct them.”

The hotel explained that the special coating makes it impossible for people to see into the sauna during the day, but doesn’t work the same way at night, which is why the blinds are supposed to come down as soon as it’s dark.

A Korean blogger wrote about his experience staying at the hotel, which went viral after it was posted on Monday.

“I went on my honeymoon to Jeju Island and stayed at a suite room at a newly opened five-star hotel but my honeymoon turned out to be the worst memory of my life,” wrote the blogger, explaining that he and his wife had enjoyed using the pool and sauna facilities.

“My wife and I were shocked to find this out. The thought that we might have used bathrooms and showers in front of many people gives me chills and we’re getting therapy treatment.”

According to Korea’s Yonhap News Agency, the local Seogwipo police were called when guests began complaining to the hotel staff. The hotel’s manager was out of town for the Lunar New Year holiday, the blogger claimed.

The police are now going through closed-circuit TV footage to determine if anyone was exposed while using the facilities or if anyone was taking illicit pictures or video from outside.

Amid the coronavirus pandemic, steam and dry sauna rooms have been shut, but general tubs have been open with capacity limits. As the country’s borders remain closed to nonresidents and quarantine laws are in place, many Koreans have opted for domestic holidays this year.