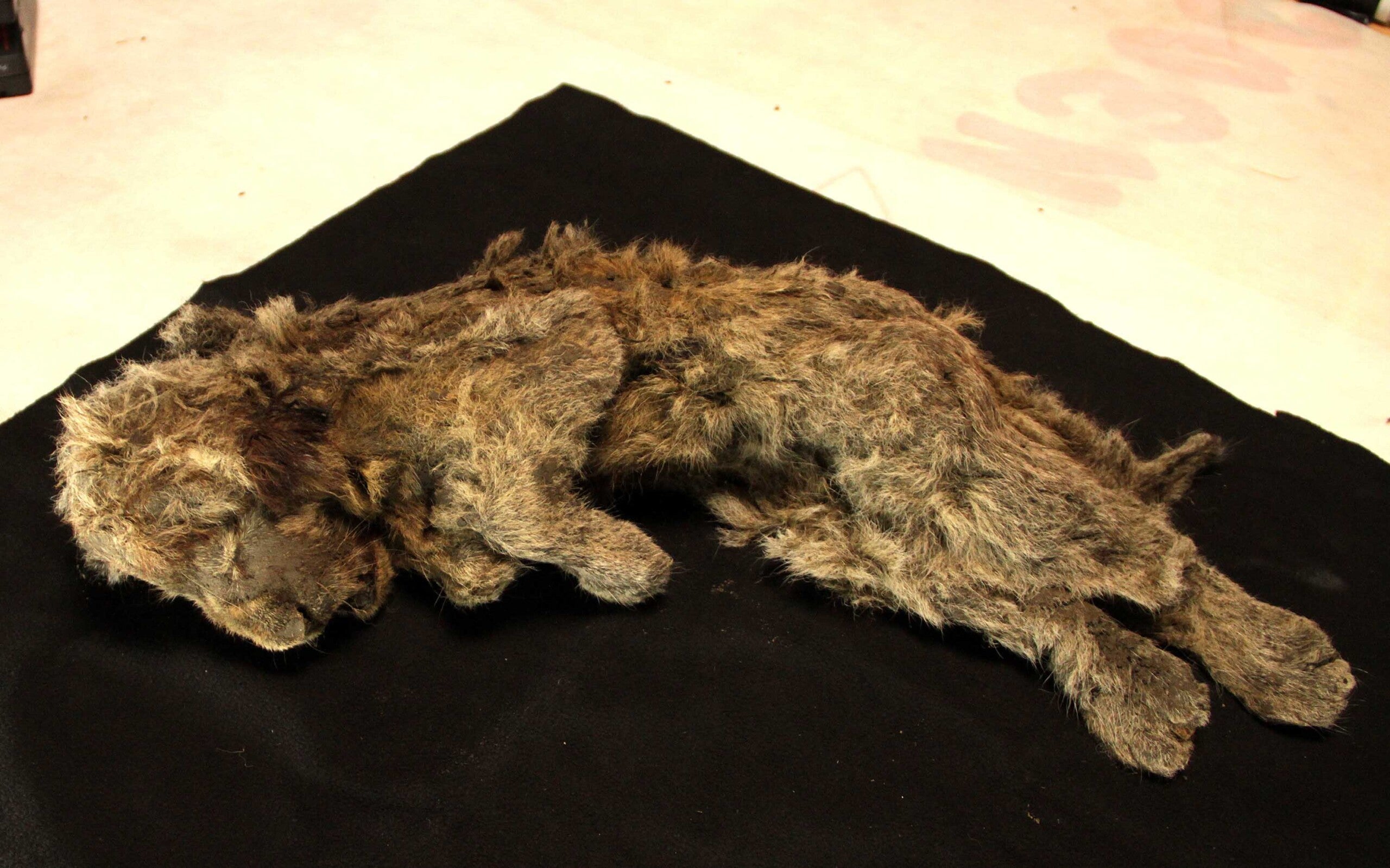 (CNN) — Found frozen deep in the Siberian Arctic, the cave lion cub looks like she’s asleep and one touch mightawaken her.

The cub’s golden fur is matted with mud but otherwise undamaged. Her teeth, skin, soft tissue and organs are mummified but all intact. Some 28,000 years since she last closed her eyes, her claws are still sharp enough to prick the finger of one of the scientists who are studying this remarkable — and unprecedented — permafrost-preserved specimen.

The Siberian Simba, nicknamed Sparta, was one of two baby cave lions — extinct big cats that used to roam widely across the northern hemisphere — found in 2017 and 2018 by mammoth tusk hunters on the banks of the Semyuelyakh River in Russia’s Far East.

Initially, it was thought the two cubs were siblings, as they were found just 15 meters (49 feet) apart, but a new study found that they differ in age by around 15,000 years. Boris, as the second cub is known, is 43,448 years old, according to radio carbon dating.

“Sparta is probably the best preserved Ice Age animal ever found, and is more or less undamaged apart from the fur being a bit ruffled. She even had the whiskers preserved. Boris is a bit more damaged, but still pretty good,” said Love Dalen, a professor of evolutionary genetics at the Centre for Palaeogenetics in Stockholm, Sweden, and an author of a new study on the cubs.

Both cubs were just 1 or 2 months old when they perished, the study said. It’s not clear how they died, but Dalen and the research team — which includes Russian and Japanese scientists — said there were no signs of them being killed by a predator.

Computed tomography scans showed skull damage, dislocation of ribs, and other distortions in their skeletons.

“Given their preservation they must have been buried very quickly. So maybe they died in a mudslide, or fell into a crack in the permafrost,” Dalen said. “Permafrost forms large cracks due to seasonal thawing and freezing.”

It’s not known how the cave lion adapted to life in the harsh high latitudes, with its rapid changes of season, strong winds and cold, dark winters.

The study, published in the journal Quaternary, found that the cave lions’ coat was similar but not identical to that of an African lion cub. The Ice Age cubs had a long thick fur undercoat that might have helped them adapt to the cold climate.

The mummified remains of a number of extinct animals — a woolly rhino,a lark, a cave bear, a canine puppy — that once roamed the Russia steppe have been found in recent years, often by hunters, who blast tunnels using high-pressure water hoses into the permafrost primarily in search of long curvy mammoth tusks. There is a lucrative — if controversial — trade in the tusks, which are prized by ivory carvers and collectors as an alternative to elephant ivory.

Russian scientists like Valery Plotnikov, a co-author of the study and a researcher at the Academy of Sciences in Yakutsk, Siberia’s main city, haveaccompanied and developed working relationships with the tusk hunters, who unearth astonishing finds from the permafrost’s mud and ice.

“In 2017, … I worked with them in the hole, the ice cave,” Plotnikov said on a podcast produced by the Natural History Museum in London that was released last month.

“It’s very cold, very dangerous and very hard to work, terrible conditions, many mosquitoes,” he added, saying he lost 10 kilos (22 pounds) in the month he spent with the tusk hunters. But the relationships he forged have generated a scientific bonanza, with Plotnikov saying he’s come across the cave lion cubs, a wolf head and a family of mummified mammoths.

The climate crisis has also played a role. Warmer summers — the Arctic is warming two times faster than the global average — have weakened the permafrost layer and lengthened the tusk-hunting season.

“There are definitely more finds being made these days. The main reason is the increased demand for mammoth ivory, meaning more people are out searching in the permafrost. But climate change also contributes, making the melting (and thus field work) season longer,” Dalen explained via email.

The scientists have to test the frozen remains for infectious diseases, such as anthrax, that can lay dormant before they examine them in detail, although Dalen said that it was unlikely that the remains harbor ancient pathogens. The sex of the cubs was confirmed by CT scan and genetic-based sex determination.

Dalen said that the next step would be to sequence the DNA of Sparta, which could reveal the evolutionary history of the cave lion, the population size and its unique genetic features.