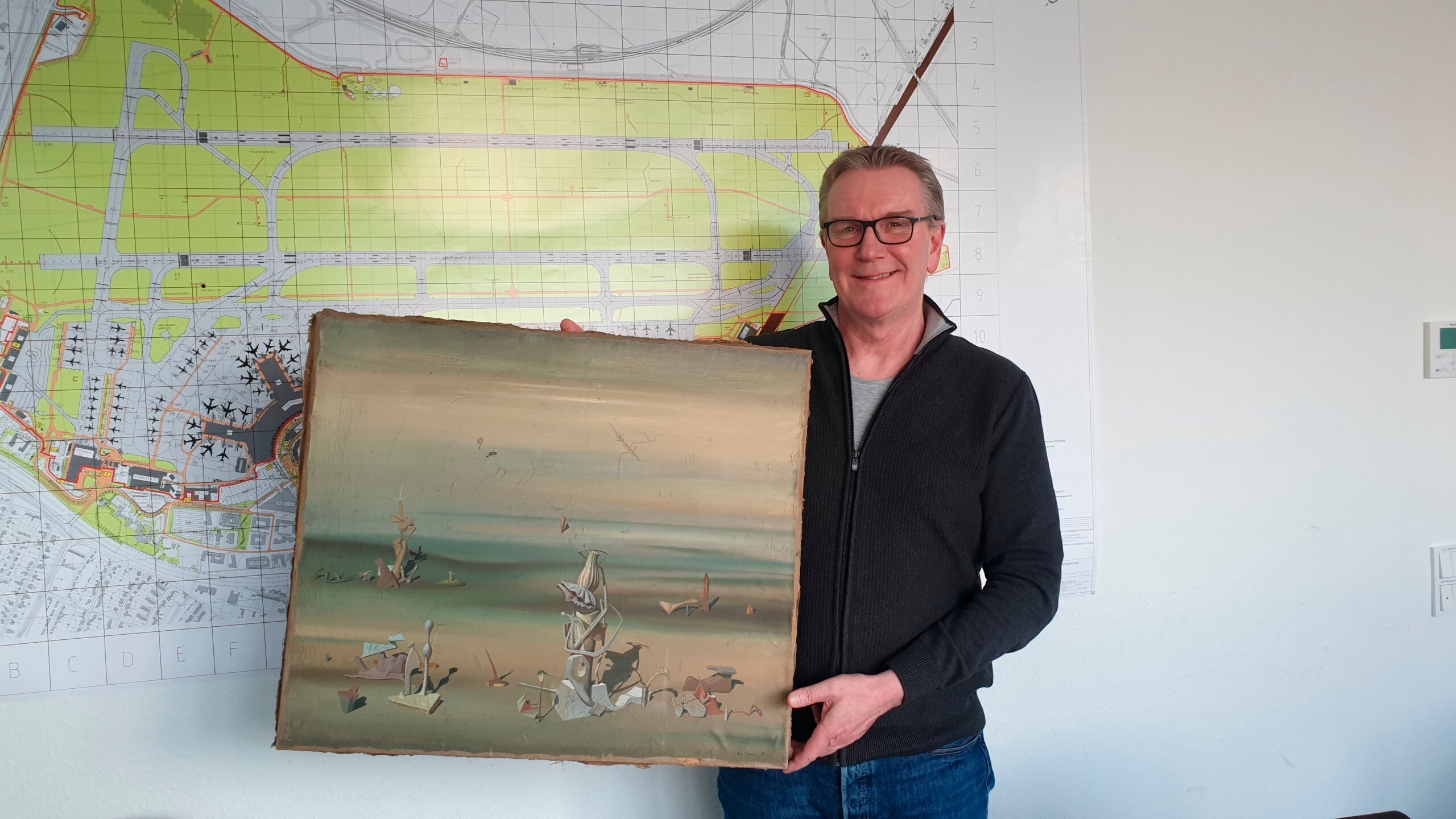 In this photo released by the police department in Duesseldorf on Thursday Dec. 10, 2020, showing Chief Detective Michael Dietz holding a painting from French artist Yves Tanguy. A businessman, whose identity was not given, boarded a flight from Duesseldorf to Tel Aviv on Nov. 27, but forgot the painting by French surrealist Yves Tanguy, which was wrapped in cardboard, on the check-in counter. By the time he landed in Israel and contacted Duesseldorf police, the 280,000 Euro, (dollar 340,000), oeuvre had disappeared but was later found at a nearby paper dumpster, Duesseldorf police said. (Polizei Duesseldorf via AP)
by: Associated Press
Posted: Dec 11, 2020 / 05:21 PM EST / Updated: Dec 11, 2020 / 05:21 PM EST

BERLIN (AP) — A surrealist painting worth more than a quarter million euros (dollars) that was forgotten by a businessman at Duesseldorf’s airport has been recovered from a nearby recycling dumpster, police said Thursday.

The businessman, whose identity was not given, accidentally left behind the painting by French surrealist Yves Tanguy at a check-in counter as he boarded a flight from Duesseldorf to Tel Aviv on Nov. 27.

By the time he landed in Israel and contacted Duesseldorf police, the 280,000-Euro (340,000-dollar) oeuvre, which had been wrapped in cardboard, had disappeared.

Despite multiple emails with details about the 40×60-centimeter (16X24-inch) painting, authorities could not locate the artwork, police spokesman Andre Hartwig said.

It was only after the businessman’s nephew traveled to the airport from neighboring Belgium and talked with police directly with more information that an inspector was able to trace the painting to paper recycling dumpster used by the airport’s cleaning company.

“This was definitely one of our happiest stories this year,” Hartwig said. “It was real detective work.”