Vatican seeks to explain absence of aide after book scandal 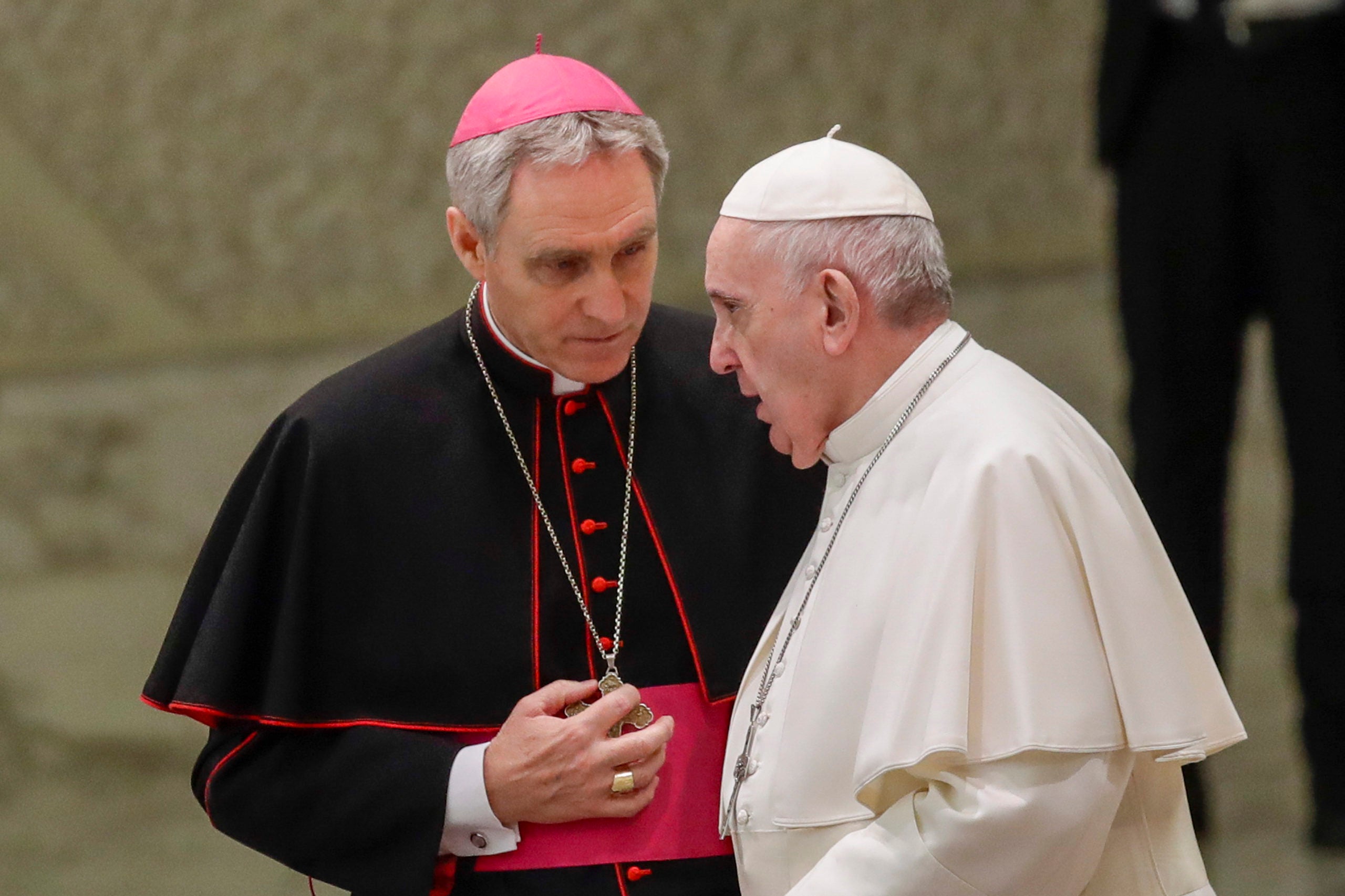 VATICAN CITY (AP) — The Vatican sought Wednesday to explain the absence of a key member of Pope Francis’ protocol team following the scandal over a book on priestly celibacy co-written by Emeritus Pope Benedict XVI.

The Vatican press office denied that Archbishop Georg Gaenswein, who works for both the reigning and the retired pope, had been officially suspended as head of Francis’ papal household over his role in the scandal.

It said his absence from Francis’ private and public audiences for the past several weeks was “due to an ordinary redistribution of the various commitments and duties of the prefect of the Papal Household.”

The statement suggested the Holy See was trying to find an elegant way to justify Gaenswein’s unofficial removal from Francis’ team by saying he was dedicating himself more full-time to Benedict’s needs.

Benedict contributed an essay to “From the Depths of Our Hearts,” insisting on the necessity of priestly celibacy, that was written primarily by Francis critic Cardinal Robert Sarah, head of the Vatican’s liturgy office.

The book caused a storm when excerpts were released Jan. 12 because it came out at the same time that Francis himself is weighing whether to allow married priests in the Amazon, to address a priest shortage there.

Benedict’s involvement gave the impression that the 92-year-old retired pope was trying to influence the reigning one on a fraught issue. Many observers noted that Benedict’s participation couldn’t have happened without the explicit approval and involvement of Gaenswein.

Gaenswein hasn’t been seen at one of Francis’ general audiences since Jan. 15. He last served a private audience when he welcomed members of the Simon Wiesenthal Center to the Vatican on Jan. 20, according to Vatican photos of the events.