Yellen in Zambia to discuss debt to China, public health 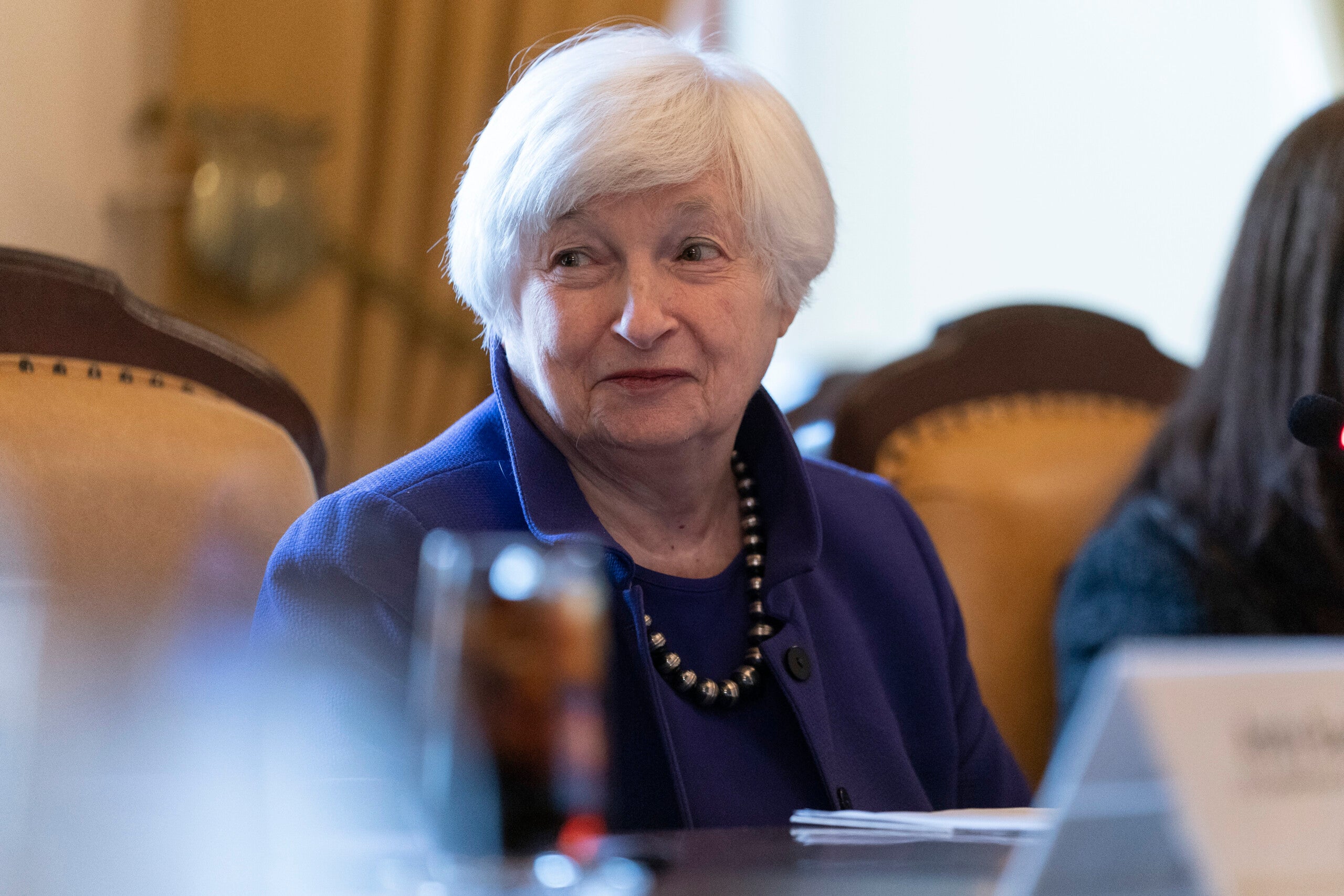 Treasury Secretary Janet Yellen speaks at the Treasury Department in Washington, Jan. 10, 2023. The federal government is on track to max out on its $31.4 trillion borrowing authority as soon as this month. That starts the clock on an expected standoff between President Joe Biden and the new House Republican majority. (AP Photo/Carolyn Kaster, File)
by: FATIMA HUSSEIN Associated Press
Posted: Jan 23, 2023 / 08:09 AM EST / Updated: Jan 23, 2023 / 08:10 AM EST

LUSAKA, Zambia (AP) — U.S. Treasury Secretary Janet Yellen is in Zambia on the second leg of her African tour, a stop aimed at promoting American investment and ties while she’s in a capital city that is visibly dominated by Chinese financing.

Visitors to Lusaka arriving at the renovated Kenneth Kaunda International Airport see a facility expanded in 2015 with Chinese money. A ride into the city passes billboards and newly built firms bearing Chinese signage, more evidence of Beijing’s influence and increasing competition with the United States.

But the growth that the country has experienced has come with a heavier debt burden. Zambia became Africa’s first coronavirus pandemic-era sovereign nation to default when it failed to make a $42.5 million bond payment in November 2020. Negotiations over how to deal with the debt load have been ongoing.

Experts say a prolonged debt crisis could permanently prevent countries like Zambia from recovering, leading to an entire nation sliding deep into poverty and joblessness, and exclude it from credit to rebuild in the future. “It’s critically important to address it right away,” Yellen told reporters at a Monday morning press conference in Zambia’s National Public Health Institute.

How Zambia’s debt is renegotiated with the Chinese — and how quickly — will provide a test case for how lenient China will be with other overextended nations that face debt distress.

On Monday, Yellen said that while she had “constructive” conversations with her Chinese counterpart on Zambia’s debt in Switzerland during a first face-to-face meeting last week, “it’s taken far too long already to resolve this matter.”

Addressing Zambia’s debt is a primary reason for Yellen’s visit, and the Treasury secretary will meet with Zambia’s president and finance minister later Monday to push for the Chinese to continue negotiations.

Yusuf Dodia, an economist and director of Action Group Zambia, told The Associated Press that while analysts say Zambia shouldn’t take on any more debt, “there are infrastructure projects that we need done to change the trajectory of the Zambian economy.”

“If we had a widespread railway system, that would ensure that the cost of transport in Zambia would be brought down to 15% of the current cost — right now we’re dependent on busing and trucking — that would lower the cost of doing business.”

Also Monday, Yellen toured Mylan Laboratories, a packaging subsidiary of American pharmaceutical manufacturer Viatris. The lab opened in 2010 with a $10 million U.S. investment and packages drugs that treat malaria and HIV in the country and region.

Still, Yellen insists her trip is not about competition with China.

“We want to deepen our engagement,” she said “We see a rapidly growing young population that needs opportunities and economic growth.”

“We have many government programs and international programs that are oriented to help efforts to build infrastructure,” she said. “And when we do that, we want to make sure that we don’t create the same problems that Chinese investment has sometimes created here.”

Yellen said the U.S. wants to invest in companies with contracts that “have transparency, that we have projects that really bring broad-based benefits to the African people and don’t leave a legacy of unsustainable debt.”

She also made a stop at the Zambia National Public Health Institute, considered a model of its kind.

The Biden administration’s tour of Africa continues, as the U.S. ambassador to the United Nations, Linda Thomas-Greenfield, announced that she would be the second Cabinet member heading to Africa — to Ghana, Mozambique and Kenya starting Jan. 25 — as part of President Joe Biden’s big push to engage with the world’s second-largest continent.

In December, the White House announced the Democratic administration’s support for the African Union becoming a permanent member of the Group of 20 nations.