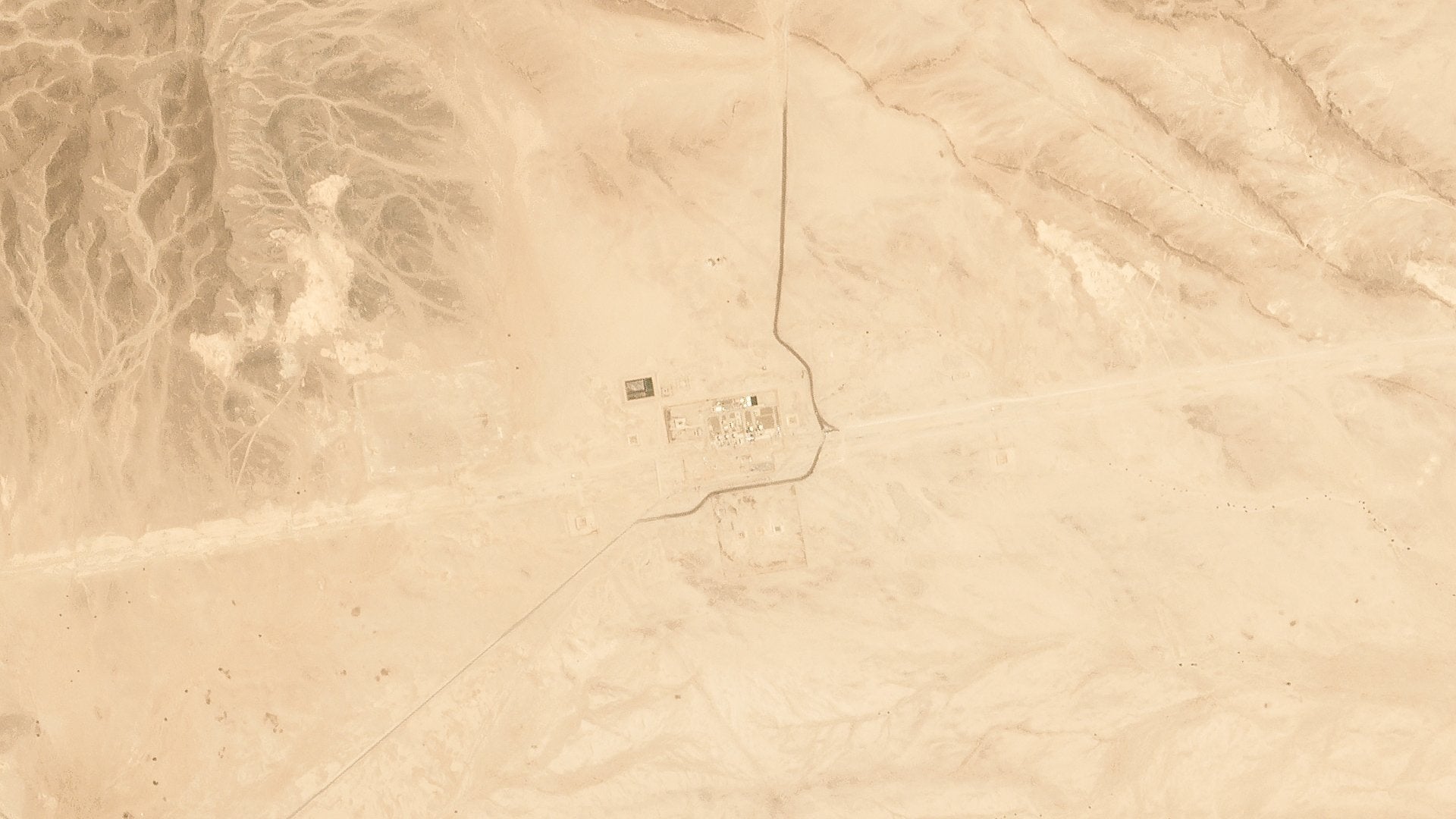 DUBAI, United Arab Emirates (AP) — Iran’s supreme leader issued a veiled threat in the same speech in which he stated that “no one is seeking war,” saying it wouldn’t be difficult for the Islamic Republic to enrich uranium to weapons-grade levels amid rising tensions with the U.S., state media reported Wednesday.

The U.S. Embassy in Baghdad, meanwhile, ordered all non-essential, non-emergency government staff on Wednesday to leave Iraq immediately amid escalating tensions with Iran. Washington did not publicly provide any evidence to back up claims of an increased threat from Tehran.

The drone assault is just the latest incident in the Mideast to shake global energy markets, as authorities allege oil tankers anchored off the coast of the United Arab Emirates were targeted by sabotage. Benchmark Brent crude prices remained around $71 a barrel in early trading Wednesday.

The United States also is deploying an aircraft carrier strike group and B-52 bombers into the region in response to the still-unspecified Iran threat, further ramping up tensions a year after President Donald Trump withdrew America from Tehran’s nuclear deal with world powers.

Speaking Tuesday night in Tehran at an iftar, the traditional dinner Muslims have when breaking their daylong fast during the holy month of Ramadan, Khamenei’s reported comments first focused on him downplaying the chances of a wider conflict in the Mideast with America.

He reportedly told senior officials that his country won’t negotiate with the United States, calling such talks “poison.” But he also said, “Neither we, nor them is seeking war. They know that it is not to their benefit.”

In Wednesday’s edition, the state-run IRAN newspaper carried his comments on the nuclear program, his first since Iran announced it would begin backing away from the accord itself.

Tehran is threatening to resume higher enrichment in 60 days if no new nuclear deal is in place, beyond the 3.67% permitted by the current deal between Tehran and world powers.

Iranian officials have said that they could reach 20% enrichment within four days. Though Iran maintains its nuclear program is for peaceful purposes, scientists say the time needed to reach the 90% threshold for weapons-grade uranium is halved once uranium is enriched to around 20%.

“Achieving 20% enrichment is the most difficult part,” Khamenei said, according to the newspaper. “The next steps are easier than this step.”

It was a telling remark from the supreme leader — Iran is not known to have enriched beyond 20% previously and it’s unclear how far Tehran is willing to go in this process. Khamenei has final say on all matters of state in Iran.

Yemen’s Houthi rebels, who are at war with Saudi Arabia and are believed by the West to receive weapons from Iran, said earlier Tuesday that they launched seven drones targeting vital Saudi installations. That included two pumping stations along its critical East-West Pipeline, which can carry nearly 5 million barrels of crude a day to the Red Sea.

Saudi Aramco, the government-controlled oil company, said that as a precaution, it temporarily shut down the pipeline and contained a fire, which caused minor damage to one pumping station. It added that Saudi Aramco’s oil and gas supplies were not affected.

An image from San Francisco-based Planet Labs Inc. that the AP examined on Wednesday shows Saudi Aramco’s Pumping Station No. 8 outside of the town of al-Duadmi, 330 kilometers (205 miles) west of the kingdom’s capital, Riyadh.

The photo, taken Tuesday after the attack, shows two black marks near where the East-West Pipeline passes by the facility. Those marks weren’t there in images taken Monday. The facility otherwise appeared intact, corroborating in part Saudi Arabia’s earlier comments. The website TankerTrackers.com, whose analysts monitor oil sales on the seas, first reported about the black marks.

Details around alleged acts of sabotage to four oil tankers, including two belonging to Saudi Arabia, off the coast of the UAE’s port of Fujairah remain unclear. Satellite images obtained Tuesday by the AP from Colorado-based Maxar Technologies showed no visible damage to the vessels, and Gulf officials have refused to say who they suspected was responsible.

The MT Andrea Victory, one of the alleged targets, sustained a hole in its hull just above its waterline from “an unknown object,” its owner Thome Ship Management said in a statement. Images of the Norwegian ship, which the company said was “not in any danger of sinking,” showed damage similar to what the firm described.

A U.S. official, speaking on condition of anonymity to discuss an ongoing investigation, has said the other three showed damages as well.

In Baghdad, the U.S. Embassy published its order telling all non-essential, non-emergency government staff to leave the country. It comes after Washington last week said it had detected new and urgent threats from Iran and its proxy forces in the region targeting Americans and American interests.

That contradicts what British Maj. Gen. Chris Ghika, a senior officer in the U.S.-backed coalition fighting the Islamic State group, said Tuesday, insisting “there’s been no increased threat from Iranian-backed forces in Iraq and Syria.”

Later, in a rare public rebuttal of an allied military officer, U.S. Central Command said Ghika’s remarks “run counter to the identified credible threats” from Iranian-backed forces in the Mideast. In a written statement, Central Command said the coalition in Baghdad has increased the alert level for all service members in Iraq and Syria.