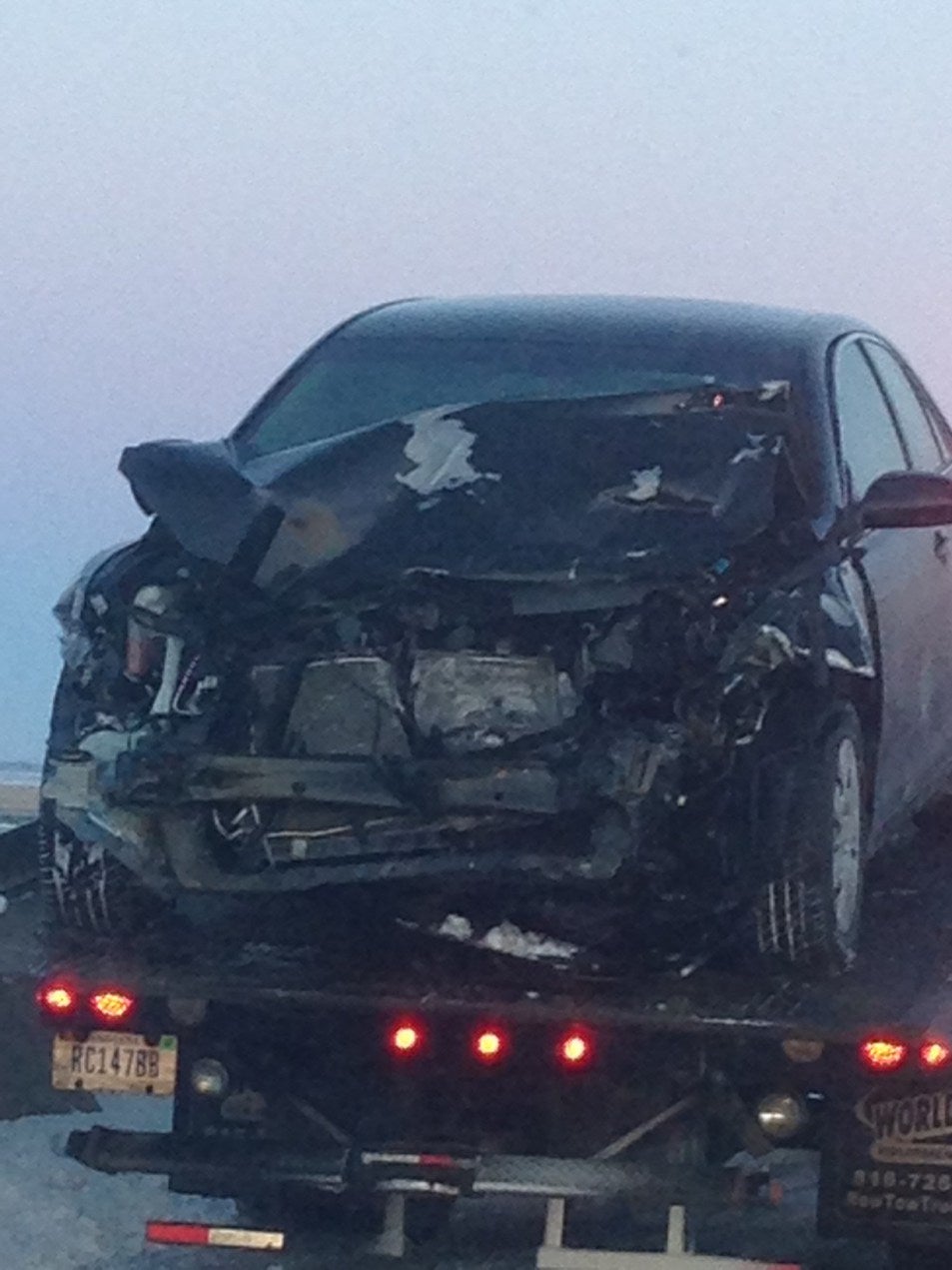 Just after 6:30 a.m. on I-65 north, a car driven by 32-year-old Siang Hnin, of Indianapolis, was following a semitrailer. Police said when the semi slowed down, Hnin was unable to slow and changed lanes to avoid hitting the rear of the semi.

However, he struck an Indiana State Police trooper’s Charger that was marking a semi from an earlier crash. ISP said the trooper had his emergency lights on and was slowing traffic in the left lane to assist with crash removal.

Hnin crashed into the rear of the trooper’s car and sent it spinning into the guard rail. Both vehicles appear to be a total loss, ISP said.

The trooper was not injured, but four out of five people in Hnin’s car were sent to Jasper County Hospital.

Hnin and a front seat passenger complained of pain. Both were treated and released. Two back seat passengers were taken to the hospital with injuries not believed to be life-threatening. A fifth passenger was also in the vehicle, but police said was uninjured.

Indiana State Police cited Hnin for speeding too fast to avoid a crash.

I-65 was closed roughly four hours for cleanup and investigation.