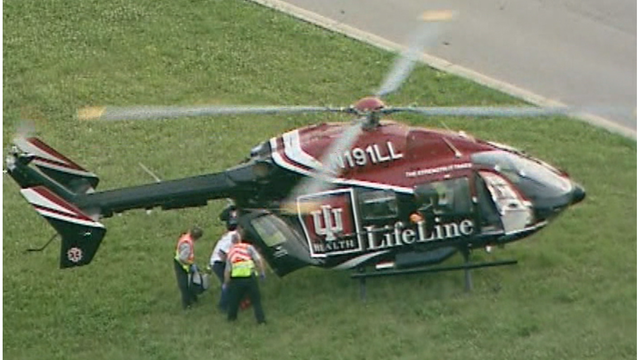 RICHMOND, Ind. (AP) — IU Health is relocating its medical helicopter to a new home base in the coming months.

The LifeLine service will shift to New Castle sometime in the spring, The Richmond Palladium-Item reported.

The helicopter and its crew had been operating for the past four years out of the Richmond Municipal Airport.

Officials say the decision was made after a data analysis showed a move to New Castle would better position the service to help more people.

LifeLine Director Cory Hall says work must still be done at the airport in New Castle before the service can be moved.

Officials in Richmond had performed nearly $250,000 in airport renovations to accommodate the helicopter service.

Airport manager Rodney Mayse said he was “extremely disappointed” that the service was leaving Richmond.