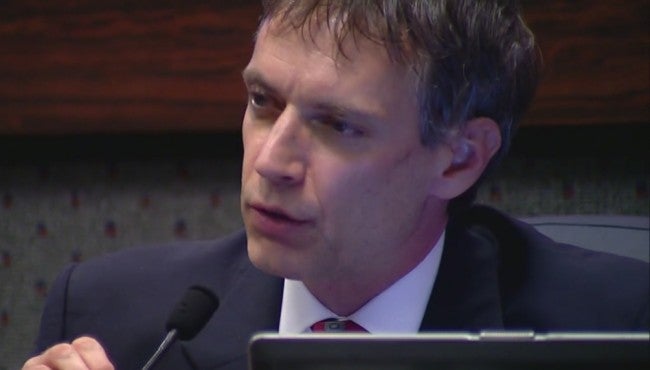 INDIANAPOLIS (WISH) – City-County Councilman Jeff Miller has agreed to a plea deal and will step down.

This after Miller was accused of inappropriately touching two 10-year-old girls, according to court documents.

Miller had been charged with child molesting, fondling, and touching a person under 14 years of age. Those charges were dropped as part of the plea deal, according to Hamilton County Superior Court.

Per terms of the plea deal, Miller has now agreed to plead guilty to four charges of battery of a person under 14-years-old. For each of the four charges he will serve a year of probation, which will be served concurrently.

However, due to time served Miller will be on probation for approximately 458 days.

Additionally, Miller has agreed to resign from the City-County Council.

Below is Miller’s submitted letter of resignation from the City-County Council:

By this letter, I respectfully submit my resignation from the City-County Council of the Consolidated City of Indianapolis, Marion County Indiana effective 9am on August 15, 2018. It has been a great privilege to serve my community, neighbors and all the residents of the Council District 16. I have truly enjoyed working with you; my fellow concilors and the fantastic staff of the council office.

Miller, a Republican, had served on the city-county council since 2012.