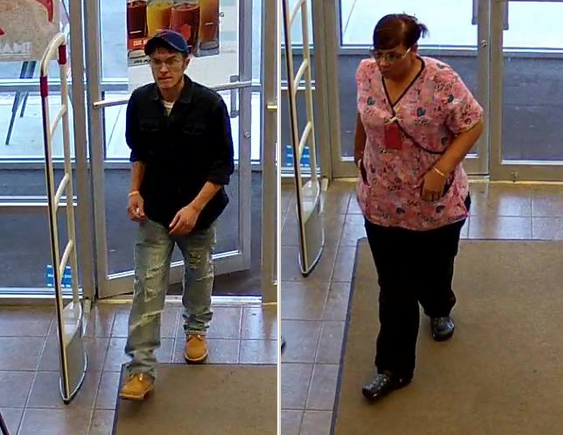 Employees of the Subway restaurant in the 1700 block of E. Markland Avenue told police that a man tried to pay with a counterfeit $100 bill.

The man is described as a white male with a beard and short hair.

Businesses along US 931, including Books-A-Million, Old Navy, Pet Supplies Plus, MC Sports and Buffalo Wild Wings, reported a woman attempting to use counterfeit $100 bills.

She is described as a white female with dark red hair, a heavy build and wearing pink scrubs.

Anyone with information about these incidents is asked to call Detective Michael Banush at 765-456-7278, or the Kokomo Police Hotline at 765-456-7017. You may qualify for a cash reward by calling Central Indiana Crime Stoppers at 1-800-222-TIPS with your anonymous tip.