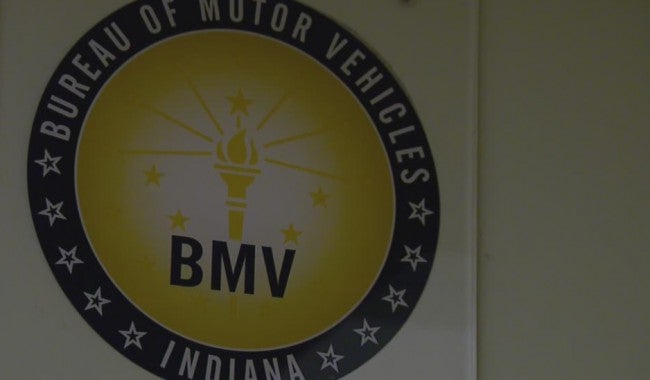 INDIANAPOLIS (WISH) – Amid legal challenges over everything from vanity license plate decisions to fee overcharging and errant refunds, Indiana lawmakers will consider a proposal this session that would increase oversight on the state’s Bureau of Motor Vehicles.

The bill comes from Rep. Dan Forrestal (D-Indianapolis), who told I-Team 8 the measure is motivated by the agency’s “repeated mistakes.”

“I don’t want this all to eventually just be swept under the rug and no changes will actually happen. My big concern is that the BMV be accountable to the people,” he said.“SYSTEMIC PROBLEMS”

Forrestal said his concerns began more than 18 months ago following an I-Team 8 investigation that uncovered a series of puzzling decisions made over vanity license plates. His concerns grew in Sept. 2013 when the BMV announced that a commissioned review by an outside law firm had identified a number of fees being charged at rates higher than allowed by state law.

That finding followed an admission from the agency the prior month that it had been overcharging many drivers for operators licenses since 2007. Those drivers were issued small refunds as part of a $30 million settlement.

A second class action lawsuit remains tied up in court. It alleges that additional fee overcharges include everything from vehicle registrations to motorcycle endorsements, personalized license plate fees and chauffeurs licenses. Last month, a judge agreed to intervene in the ‘discovery’ portion of that case.

“We’ve managed to get the BMV to be forced by the court to produce literally hundreds of thousands of documents that are relevant to this case. And, that’s a big step forward,” said attorney Scott Gilchrist, of Indianapolis based Cohen & Malad LLP, representing plaintiffs in the case. “Those documents show what we believed they would show, which is that high ranking officials at the BMV knew for years that the agency was charging illegal fees, and that they carefully considered their options and ultimately decided not to fix the fees and not to issue any refunds.”

The release of the documents follows allegations from former BMV Deputy Director Matthew Foley in a videotaped deposition that the BMV was aware as early as 2010 that some of its fees exceeded the amounts allowed under state law, but that it continued overcharging Hoosier drivers for at least two years in order to avoid budget troubles.

“The documents produced by the BMV absolutely back up what Mr. Foley was saying,” Gilchrist said. “It’s hard to argue that there should not be additional oversight [in the wake of that].”

Problems continued at the agency last fall, Forrestal noted, with the BMV admitting in Sept. 2014 that it had misclassified some 180,000 vehicles since 2004, causing excise taxes to be improperly calculated. That caused an additional $29 million in overcharges.

In November, the BMV admitted it had made another accounting error, mistakenly overpaying $60,000 in refunds to 254 drivers who were overcharged due to the excise tax miscalculations. The BMV sent letters to those drivers asking them to repay the money.

“The fact that the mistakes keep piling up, and that they’ve happened repeatedly over the last two years indicates to me that nobody has gone about the business of actually fixing it,” he said.LEGISLATIVE ACTION

Forrestal is drafting a bill this week that would require the State Board of Accounts (SBOA) to perform a comprehensive, annual audit on the agency. The bill would also require an independent, third-party audit to be performed every two years.

“That would essentially add a double layer of protection for Hoosiers,” Forrestal said.

It’s Forrestal’s second call for such an outside audit. Last month, the BMV criticized his first foray into the issue, saying the agency had already selected CPA firm BKD Consulting to perform an outside audit, at the authorization of Governor Mike Pence.

Forrestal said he doesn’t take issue with the selection, or the contract, which will pay BKD up to $100,000 for the year-long audit.

“$100,000 is a lot of money. But, if it helps prevent a $30 million mismanagement, I think it more than paid for itself. My reason for speaking up about the audit is that it hasn’t been done. They signed the contract about a week after I made the call for that,” he said.REDUNDANT PROPOSAL?

BMV spokesman Josh Gillespie declined to comment on Forrestal’s proposed bill, but maintained that additional audits would be redundant.

“The Bureau of Motor Vehicles’ financial activity is included in the State of Indiana’s Comprehensive Annual Financial Report which SBOA audits annually. Additionally, for the BMV, SBOA does a supplemental agency review annually, reviewing compliance, controls, and procedures,” Gillespie wrote in a statement to I-Team 8.

“Their budget has been shrunk. They have too few people to do the job they’re supposed to do. And, this is just indicative of what happens when you cut an agency that is supposed to oversee these kinds of things so badly that it can’t do its job anymore,” he said.

Forrestal plans to file his bill on Monday, and said he’s hopeful it will be heard in a House committee later this month.

Gilchrist, the attorney representing plaintiffs in the overcharging lawsuit, filed his own request last month, asking a judge to force the BMV to turn over hundreds more documents, including emails it claims are privileged and exempt from public disclosure.

“We believe those should be turned over, and we’ve asked the judge to order that to happen,” he said. “It’s unfortunate that after repeated scandals and years of mismanagement and revolving leadership, this agency is still trying to figure out how to do its job right, and how to account for the people’s money.”

The two sides are scheduled to return to court in February.