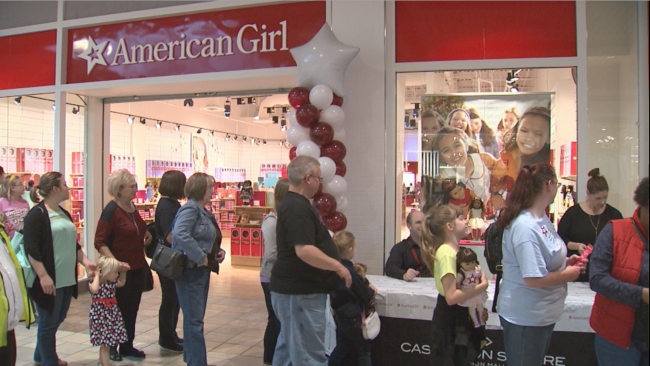 INDIANAPOLIS (WISH) – Hundreds of people lined the hallway of the Castleton Square Mall Saturday morning to be among the first to enter the new American Girl store.

It’s estimated there were about 400 people standing in line when the doll store opened its doors.

To prevent the popular store from overcrowding on its grand opening, each person was given a ticket with a number and the shoppers were allow inside the store by groups.

The mother of the first girl in line said they woke up at 4:30 a.m. and drove to the mall from Franklin, In. They arrived at the mall around 6:00 a.m. The young girl received a free Mary Ellen doll for being the first person waiting in line.

Mya Nusbaus, 9, is another young girl who waited in line. She said she love the American Girl dolls and already owns 19 of them. She was hoping to get a Grace doll, the store’s doll of the year.