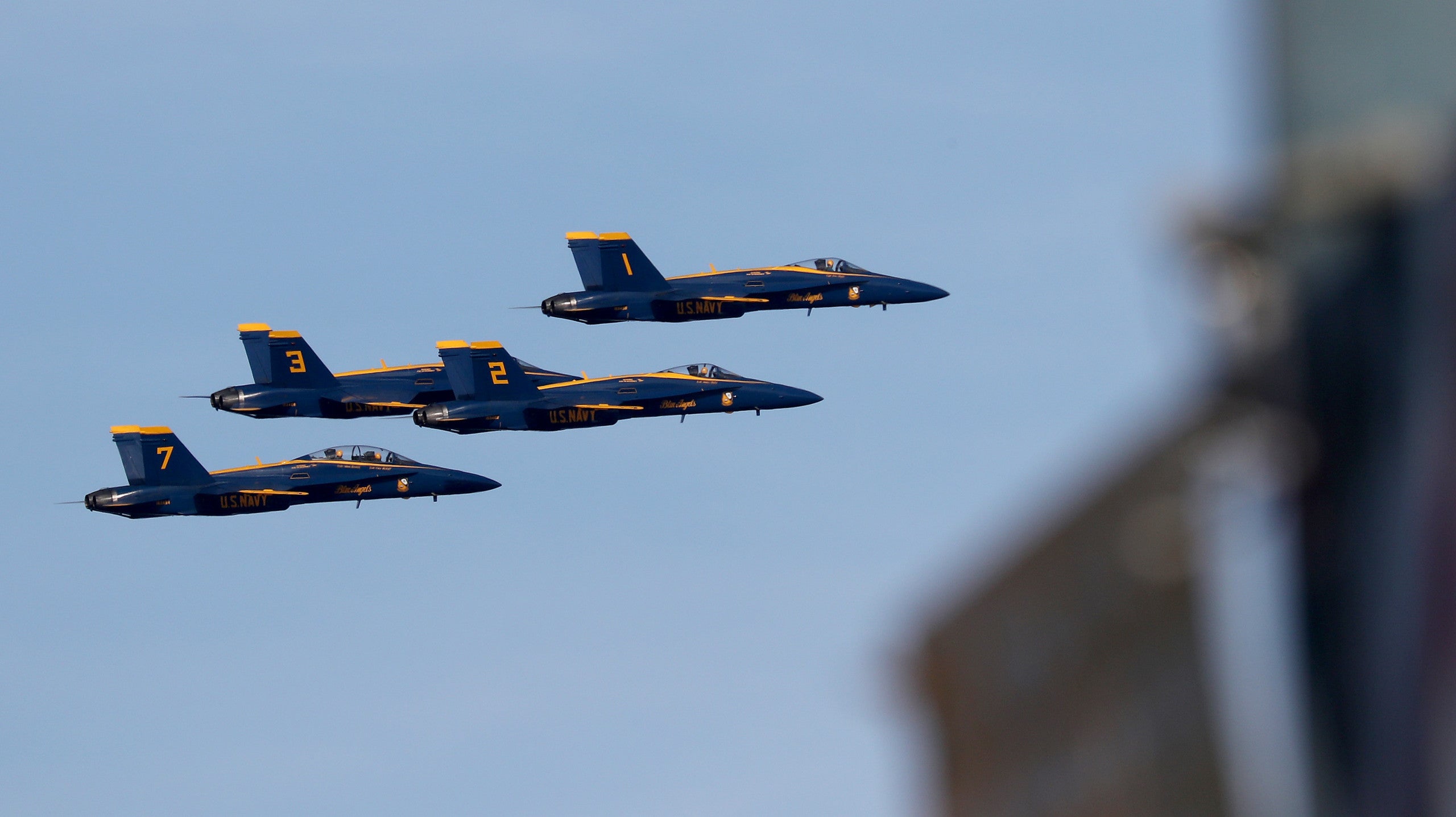 INDIANAPOLIS (WISH) — The Blue Angels are making their way to Indianapolis this week.

According to the Navy Flight Demonstration Squadron’s official Twitter, the Blue Angels will fly over Indianapolis at 2 p.m. on Tuesday to salute health care workers, first responders and other essential personnel who have been serving on the front lines during the COVID-19 pandemic.

The Blue Angels previously announced a flyover event in April, but it was delayed.

The Blue Angels will also fly over Detroit and Chicago Tuesday.