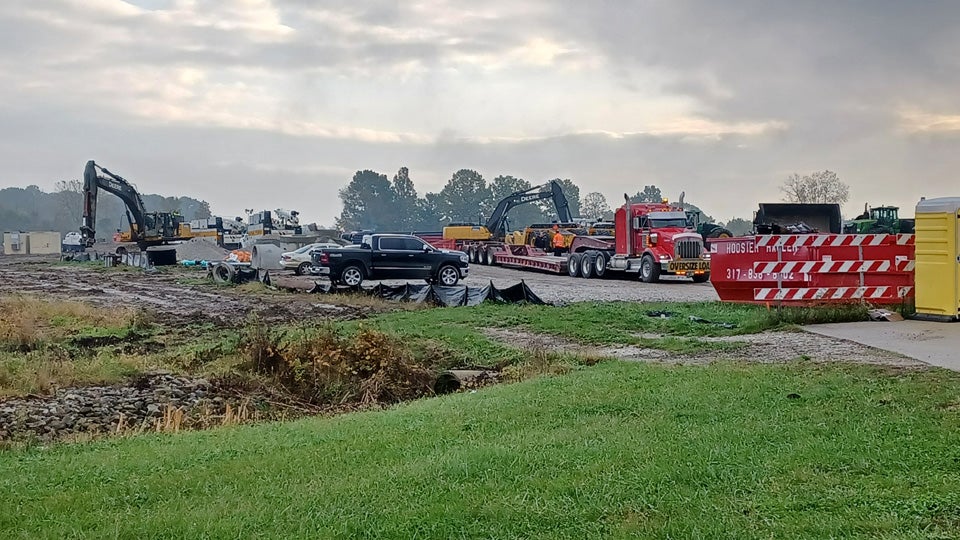 BROWNSBURG, Ind. (Inside INdiana Business) — Officials broke ground Tuesday on what is billed as Brownsburg’s largest commercial development to date, which will include several distribution centers and retail space. Construction crews have already begun working on the Ronald Reagan Logistics Center, located near I-74 and Ronald Reagan Parkway.

The first phase includes four buildings totaling 1.4 million square feet of logistics space and parking for nearly 300 trailers and nearly 800 cars. Pepper Construction of Indiana is the general contractor for one of the buildings, which is expected to be complete by next fall.

“Brownsburg is a perfect location for a logistics center like this. The huge growth of e-commerce is likely to continue, and consumers want to receive their products fast. From Brownsburg, goods can reach nearly 60% of the U.S. in one day,” said Shaun Cofer, development manager at Scannell Properties.

“Ronald Reagan Logistics Center is just the sort of development the Ronald Reagan Parkway was built to serve. We are so excited to welcome this development to Brownsburg and believe this park will be a catalyst for future industrial and commercial development for our community,” said Travis Tschaenn, Brownsburg Town Council president.

Next fall, phase two of the development will get underway. Brownsburg officials say it may include five facilities totaling more than 2.4 million square feet of warehouse space, along with several retail opportunities.

Cook says with more projects in the pipeline, Brownsburg will see a 3% tax base growth which she says it a top priority for the town council.