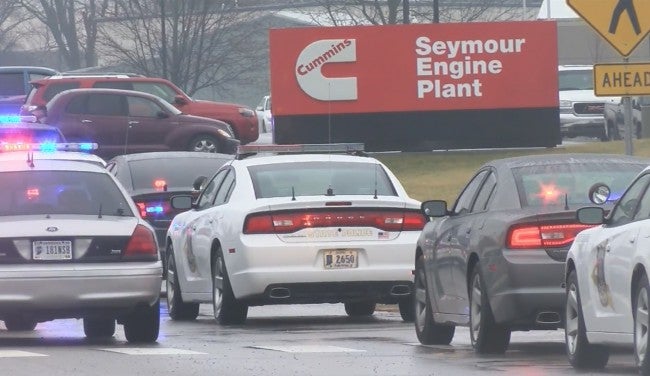 SEYMOUR, Ind. (WISH) — When Elijah Brown heard there was a shooting at his workplace, he said he took off running.

He ended up hiding in the bushes in a nearby backyard, where he called his family.

Brown’s dad picked him from a nearby gas station, and they drove away from the Cummins plant.

Harold Smith didn’t drive away. He stayed in his home, right next to the plant.

Smith spent his morning listening to a police scanner and peaking out his window, trying to figure out what was going on.

“I had people calling me to see if I was okay,” Smith said. “And some people telling me to stay inside.”

Smith said he worked at the plant for years.

He still hasn’t heard anything about why the shooting might have happened.

“I feel sad for the people involved in all that stuff,” Smith said. “I hate to see it happen so close to our home.”

A Cummins spokesperson said grievance counselors will be onsite in Seymour next week when employees return to work.