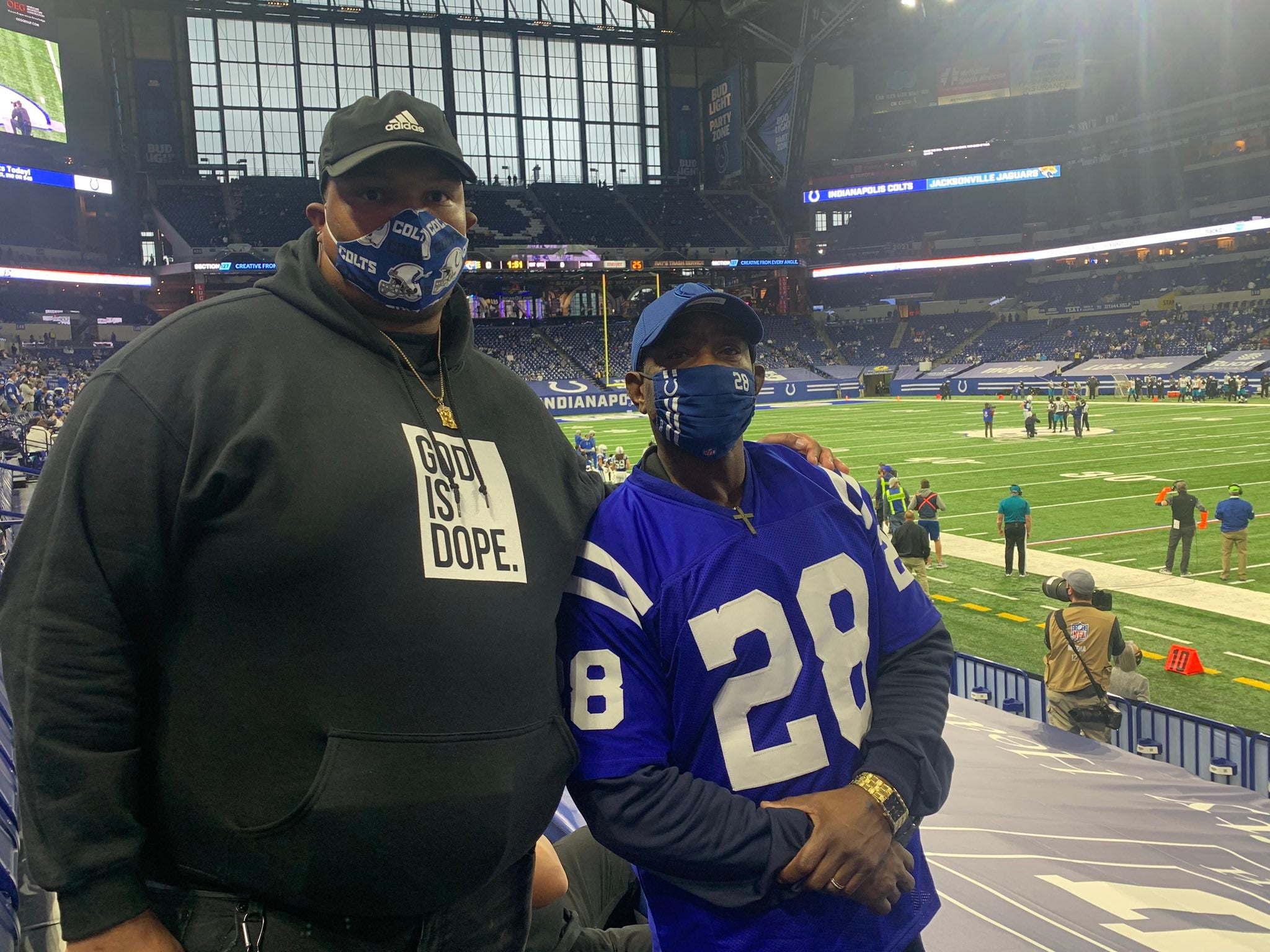 INDIANAPOLIS (WISH) – The Colts are headed to the playoffs with a 28-14 win over the Jacksonville Jaguars, with the help of running back Jonathan Taylor. The rookie ran for a franchise-record 253 yards. It was a 45-yard run near the end of the game that sealed the victory for the Colts.

The father of the team’s breakout star hasn’t missed a Colts game this season and proudly watched the moment from the stands.

“You can’t even imagine and speak about how impressed I was. And how excited and overwhelmed I am about how he is performing right now. It’s like a dream! You know? It’s not my son, is it? It’s Jonathan! Wow, it’s great!” said Taylor’s dad, Jonathan James.

James said that at first the NFL moved a little fast for his son, but now it’s slowing down and this rookie is in the groove. Every week Taylor is getting better and his dad said it’s because of Taylor’s hard work.

“What makes me so happy is I am seeing the progress, that he put the work in. He didn’t just do it, he put the work in, and now it is starting to come out alive. I say stay focused, he has done it. But now he sees the results of it,” said James.

Now as the Colts take on Buffalo in the wildcard game, Taylor’s dad plans to be there cheering on his son.