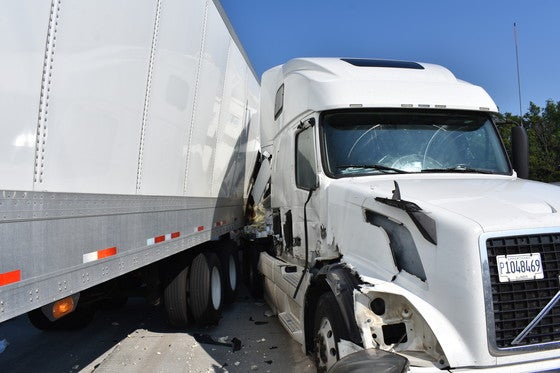 SEYMOUR, Ind. (WISH) — An Ohio man died after a crash on Interstate 65 Thursday near Seymour in Jackson County, authorities say.

According to Indiana State Police, the crash happened around 9:30 a.m. near mile marker 53 along southbound I-65 when a 2001 Volvo truck pulling a trailer experienced a mechanical issue. The driver, Daniel Cosma, 41, of North Royalton, Ohio, stopped his truck in the right lane of a construction zone since there was no shoulder in the area.

Cosma got out of his truck to attempt to fix the issue.

A short time later, Cosma’s trailer was hit by a 2015 Volvo truck pulling a trailer. The impact resulted in Cosma being struck by his own truck.

Cosma was pronounced dead at the scene.

The driver of the other truck, Donald Nicholl, 31, of Georgia, was not injured.

Southbound lanes of I-65 were closed for nearly four hours.