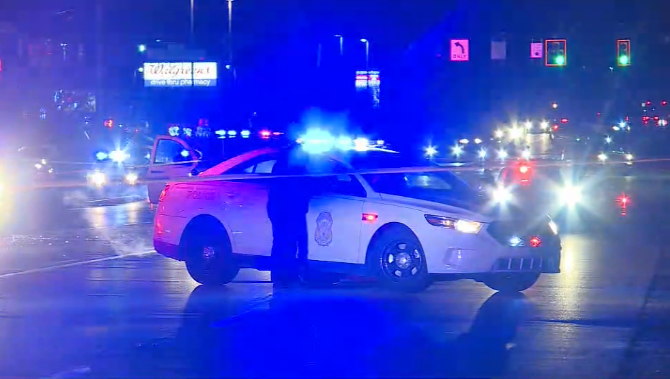 INDIANAPOLIS (WISH) — Indianapolis police were investigating a fatal crash Thursday night on the city’s northwest side.

Pike Township Fire Department was called to a report of a pedestrian struck about 6:40 p.m. Thursday at West 56th Street and Georgetown Road as Indianapolis Metropolitan Police Department were called to a report of a disabled vehicle at the same time at West 52nd Street and Georgetown Road. That stretch of road is just northeast of the I-65 interchange at Lafayette Road.

A News 8 crew found the fatality had happened on West 56th Street between Brookmeadow Boulevard and Georgetown Road.

IMPD issued a statement late Thursday night on the incident.

“Just after 6:30 pm this evening, officers of IMPD Northwest District responded to a pedestrian struck in the 4400 block of W. 56th Street. Upon arrival, officers located a female who had been hit. IEMS also arrived and unfortunately pronounced the female deceased. Certified accident investigators responded to the scene for further investigation. A driver did stay on the scene and cooperated with the investigation. The driver was transported to Sidney & Lois Eskenazi Hospital for a blood draw, which is standard procedure whenever there has been a vehicular crash involving serious bodily injury or death.

“Investigators believe a witness to the crash could have been driving on W. 56th Street at the time and would like to speak with them. The witness vehicle is a green Kia Sol and was traveling east on W. 56th Street from Georgetown Road at approximately 6:40 pm.  Hopefully, the person (or persons) will see the news and give us a call at 317-327-6549 (Crash Investigations Office).”

No additional information was provided by police on the victim or the driver.