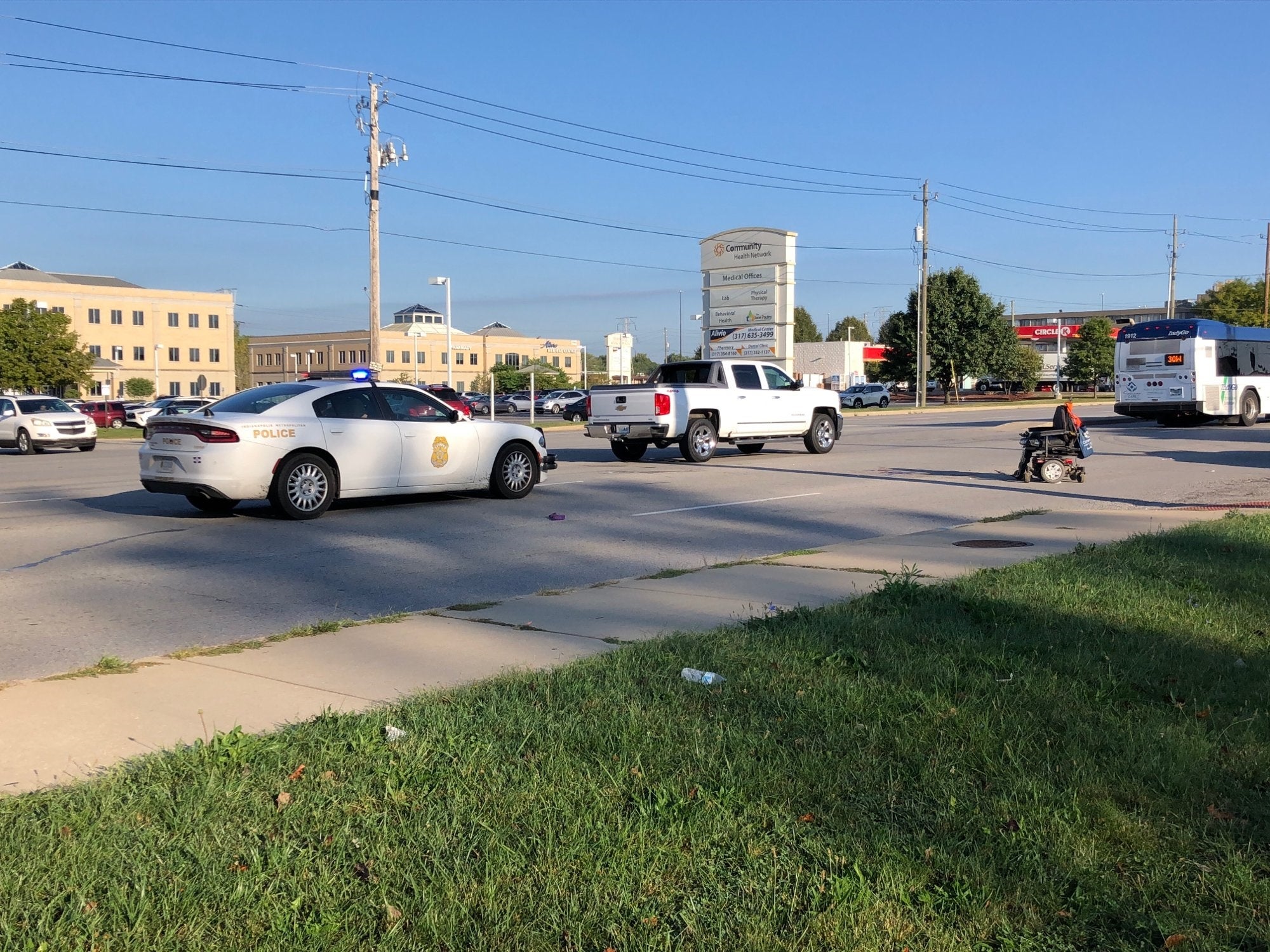 INDIANAPOLIS (WISH) – One person was seriously injured on the city’s east side after being hit by a vehicle, according to the Indianapolis Metropolitan Police Department.

Around 8:30 a.m., officers were called to the area of Shadeland Avenue and 21st Street for a crash.

Police said a vehicle struck someone in a wheelchair.

According to a News 8 crew on scene, the driver involved in the crash appeared to stay on the scene.

The events surrounding the crash are unclear at this time.